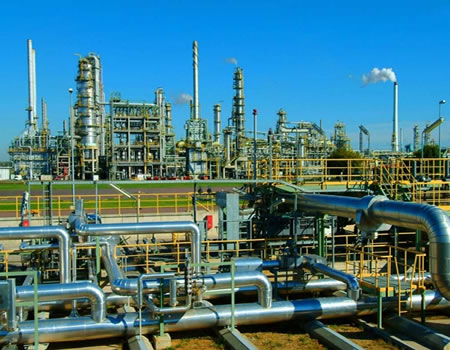 Despite the billions of dollars expended by the Nigerian National Petroleum Corporation (NNPC) on Turn Around Maintenance (TAM) over the last 25 years, Nigeria’s four refineries have remained comatose, operating at between zero and 20.66 per cent of their installed capacity of 445,000 barrels per day, thus forcing the country to rely mostly on fuel importation to meet the daily requirement of 750,000 barrels, Nigerian Tribune investigations have revealed.

Succeeding governments have invested a huge fortune on the refineries with a view to shaping them up to satisfy the Premium Motor Spirit (petrol) and other petroleum product needs of the country, but the oodles of money spent on the refineries have not produced the desired result.

But despite the huge spending, the refineries have failed to live up to expectation, consequently, according to Central Bank of Nigeria (CBN’s) statistics, Nigeria, the fifth largest exporter of crude oil in the world, spent $36.37 billion on petroleum products importation between 2013 and 2017.

Similarly, the deplorable state of the refineries, which resulted in inadequate fuel supply, also occasioned a huge loss of about N10 trillion to fuel subsidy between 2006 and 2018 as the Federal Government had to pay the difference between the landing cost of imported PMS and the pump price. The situation has not improved as the NNPC still bridges the gap between the two to make PMS available to end users at N145 per litre.

Consequently, aside not giving value for the humongous amount of money spent on their maintenance, the refineries have also been trading at a loss, according to NNPC reports, their operating deficit in 2018 increased by 39 per cent compared to that of 2017.

According to the NNPC Refineries Performance Reports of 2012, the decline in the performance of the refineries commenced in the early 1990s after the military government directed the NNPC to close its accounts in commercial banks and transfer them to the CBN. With that, NNPC lost its autonomy and it could no longer embark on prompt maintenance of the refineries.

However, every succeeding NNPC GMD has made turning around the refineries a cardinal goal.

Last week, at his inauguration as the new GMD of NNPC, Mr Mele Kyari, said, “We will deliver all our four refineries within the life of President Muhammadu Buhari’s administration. We shall seek strategic partnerships to ensure Nigeria becomes a net exporter of petroleum products.”

But while speaking with the Nigerian Tribune on what to do with the refineries, Mr Peter Esele, former President of the Petroleum and Natural Gas Senior Staff Association of Nigeria (PENGASSAN), said, “We have always told the government that expending the money we do not have on the refineries is not the way to go. I remember when I was PENGASSAN President, we recommended that the government should sell part of the refineries to private investors so that they would be properly managed. We actually suggested 51:49, with the private investors, the international oil companies (IOCs), owning 51 per cent of the refineries while the government, through the NNPC takes 49 per cent. With that arrangement, the refineries would be profitably managed and the government would make a lot of money. The NLNG model is the best. The company is well managed and the government makes a lot of money from dividends. The same thing is happening with Indorama Eleme Petrochemicals Company. Since its privatization, it has been yielding dividends to the Federal Government. It is surprising why the government has been vacillating over this matter for so long. It is the best thing.”

Speaking in a similar vein, Dr Michael Asobi, a petrochemical expert said, “From all indications, the government is not fit for the role of managing the refineries. The refineries have become a drainpipe on the nation’s resources. The earlier the government let go of them and allow those with competence to manage them, the better for the country.”

Kidnappers took mama away without her BP drugs, Siasia cries out