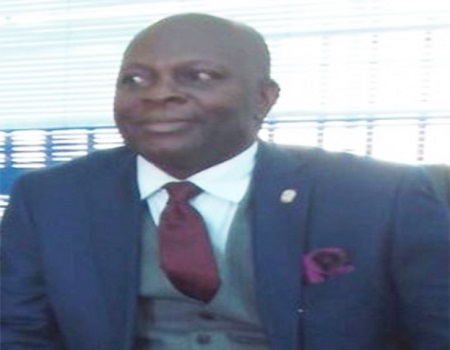 Osaghae who spoke recently in Okada, Edo State at the university’s fourth whitecoat ceremony of the School of Clinical Medicine noted that the development had resulted in unfavourable doctor-to-patient ratio for Nigeria.

The white coat ceremony marks the rite of passage of medical students from the pre-clinical into the clinical school.

Osaghae, the dean of the College of Health Sciences, explained that doctors emigrate because of diverse factors such as unemployment, insecurity, poor emolument structure, job insecurity, under-utilization of skills and poor reward system, among others.

He lamented: “As it were, it is trite to say that our medical schools are set up to produce medical manpower for”export”.

Furthermore, the situation reinforces that the government and people of Nigeria are subsidizing the production of medical manpower for the developed countries.”

The ex-NMA president told Dr. T.A.B Sanusi, the registrar of the Medical and Dental Council of Nigeria (MDCN) and the students that the exodus now involved very young doctors.

Osaghae wailed: “So, it is increasingly evident that the future is bleak for the medical profession because younger doctors will be unavailable in the future to replace the ageing population of doctors as they retire or answer the final call.

“This no doubt will further worsen the health indices of the country. As a result, there should be concerted effort to address the challenge holistically through the enthronement of improved socio-economic circumstances and working conditions in the country, among others.”

Speaking in the same vein, the vice chancelor, Professor Lawrence Ezemonye, remarked that the government must prioritize health care delivery in the country.