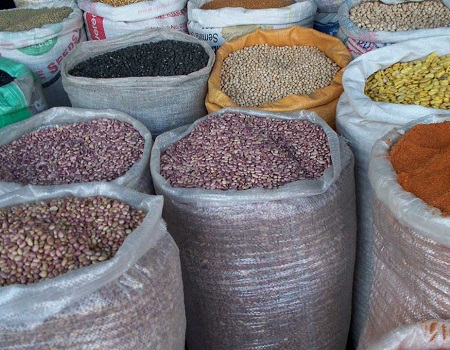 As contained in a Consumer Price Index (CPI) report for September 2020, released by the Nigerian Bureau of Statistics (NBS), the rise in food inflation was due to increase in prices of bread and cereals, potatoes, yam and other tubers, meat, fish, fruits and oils and fats.

However, in a market survey conducted by the Nigerian Tribune on Thursday, prices of food are still sustaining the increasing trend as they continue to rise on a daily basis according to vendors and consumers.

A sachet of tomato paste is now being sold for N100 as against its retail price of N50 in August. Also, prices of varieties of vegetables are also on the high side, as prices skyrocketed between the month of August and now.

A raw food vendor, Mrs Eniola Odewale, told the Nigerian Tribune that: “the rate at which the prices of food are rising is very alarming and I am afraid an average Nigerian may anytime soon find it extremely difficult to feed.

“This is because the COVID-19 pandemic has caused a major setback in the financial stability of many. Aside from this, the Nigerian economy had been in turbulence even before the pandemic. So, I want to appeal to the government to please do something drastic to address the issue.”

Also, lending his voice on the occasion of World Food Day, Chairman, Folhope Limited, an agricultural firm headquartered in Ibadan, Chief Emmanuel Folorunsho Ogunnaike (MFR), if the government does not address the issue of food sufficiency, on time by way of empowering farmers to aid food production, and also ensure their protection at all time, prices of food which have already gone extravagant, would continue the unpalatable trend. He posited that to ensure food security, herdsmen must be compelled to embrace ranching so that their cattle would not continue to destroy farm produce.