Arts and Culture
By Akintayo Abodunrin On Aug 4, 2019 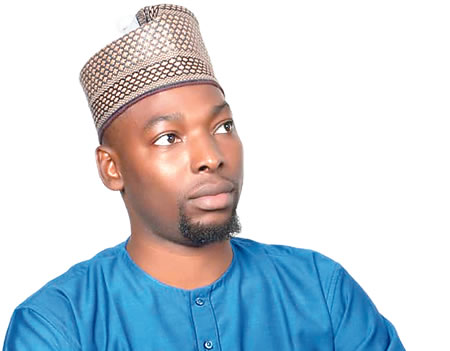 Speaking during an interview in the week, the former personal assistant to ex-PMAN President, Bolaji Rosiji, said despite the best efforts of players in the sector, the country’s entertainment industry remains a work in progress.

“We are a work in progress; our industry is still largely self-funded and what’s worse, there’s no entertainment bank and no established system,” he said, adding that the entertainers still have a long way to improve the state of affairs.

“The entertainers themselves have to work on becoming bigger than entertainment; they shouldn’t limit themselves.  Being a celebrity, according to Steve Hawking, is gratifying, but it doesn’t last. The reason we remember Fela today is that he was bigger than music and it’s the same with Bob Marley, Michael Jackson and all the other greats. They should work on themselves s and elevate their art,” George said.

Continuing, he said that players in both music and film have to improve their content. “They should work on content; we should try to be more conscious like Burna Boy tries to talk about events in the society in his songs.  We should be conscious with music. We should not just talk about Gucci although I realise that nobody wants to be like Fela because they saw his sufferings. People feel there’s no justice, fairness and equity in Nigeria, so they bend and twist; they compromise on quality. Sadly, the system is also not well organised; people don’t get royalty, so they produce works that earn them instant gratification.

“Look at Rhema signed by Don Jazzy. He sang one song, ‘Submarine’ that I like very much. It’s about the government and the bloodshed in society; it’s conscious music that I love very much, but they didn’t allow him to release that on time. Instead, they wanted him to do Dumebi because that’s what society will dance. People compromise for the sake of acceptability; most musicians who have content understand Nigerian psychology, so they have learnt to give people what they want to get what they need.

“So, the content needs to be worked on. And instead of competition, we should focus on collaboration and creativity. Nollywood producers are trying, but they can do better if they pay attention to details. If we work on the content and our musicians go beyond being celebrities and elevate their art, we would go far. They should also highlight more of their struggles so that they will represent the possibility in the minds of people.

George, who is currently working with secondary school pupils in the southwest on how to achieve their dreams, disclosed that he is working on a motivational book that will be released soon.

Lasisi tackles poor use of English in video series