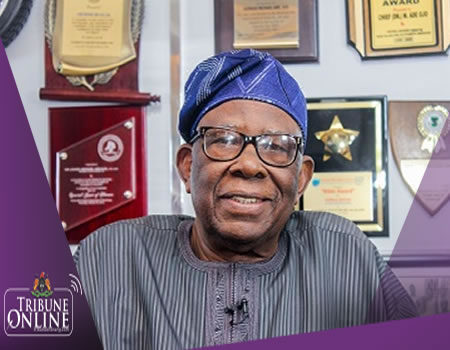 He said this in Lagos, while addressing different stakeholders and customers of TNL at a recent award night put together by the organisation to reward loyalty to Toyota brand.

At the Toyota Awards night, Ade-Ojo advised vehicle owners and drivers not to compromise standard because of the recent economic recession in the country.

“The current economic recession require some structural adjustment to survive, people, including vehicle owners, should not compromise on principles, quality, standards and integrity,” Ade-Ojo said.

He also warned motorists against patronising unauthorised auto technicians and fake mechanics just in an attempt to save cost.

“Don’t engage in what can cause bigger damage to you in the nearest future because of these hard times such as taking your vehicles to unauthorised operators or garages to ensure longevity of the vehicles. You may have yourself to blame at the end of the day,” Ade-Ojo said.

He charged that this is the time to be careful with money, admonishing that “God will take all of us through these hard times and Nigerians will still see better days to come.”

At the event, big Toyota customers and industry players like First Bank Nigeria Limited, Peace Mass Transit and the Department of Petroleum Resources, including motoring journalists among others were honoured at the event.

First Bank, who has been the winner of Toyota’s Evergreen Customer of the Year in the last four years, also won it this year with a cash prize of N2.5 million, thereby becoming a major consistent customer of TNL for five consecutive years.

Despite recession, I outperformed my predecessors, Fowler replies Presidency