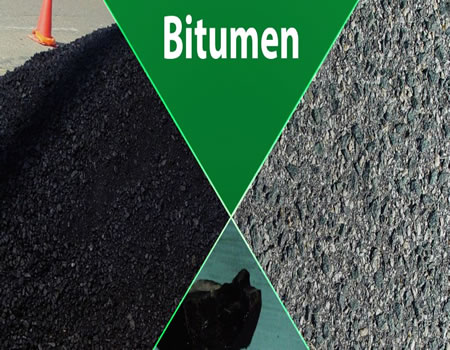 Arecent report indicates that bitumen now tops Nigeria’s import bill. This is rather strange because Nigeria has the largest deposit of bitumen in Africa and falls among the first five countries with huge deposits of the commodity in the world. According to the report, more than N300 billion is spent in importing the commodity annually. That the country’s leadership looks the other way while such  a colossal sum is wasted validates the  theory that Nigeria is inflicted by resource curse. Heavily endowed with human and natural resources, the country has continuously behaved like a bewitched entity, pouring money down the drain.

Bitumen, a mixture of sand, water and clay, is a heavy black sticky substance which, when refined, serves multiple economic values and purposes, including road construction and manufacturing. And Ondo State alone is endowed with the largest deposit in Africa with more than 42 billion reserves of the highest quality. The tragedy therefore is that Nigeria imports what it has in abundance with successive governments exhibiting indifference to investing in the ‘glittering gold.’ More than five million metric tonnes of bitumen were imported in April. Indeed, data from the Nigerian Ports Authority (NPA) showed that bitumen beat the hitherto huge importation of fish and petroleum products to second and third positions respectively.

The economic importance of bitumen is underscored by its use in the construction industry for hydraulic applications such as canal lining, underwater tunnels, river bank protection, dam construction and sea defence. It is used in the construction of highways and rail tracks. It also serves as roofing material because of its water-proof properties. In spite of these huge prospects, Nigeria has failed to exploit the bitumen industry. This is in spite of the prediction by the Global Market Insights Incorporation that its market size would exceed $110 billion by 2024 because of ongoing initiatives to repair and re-develop roads across the world. It is curious that the Federal Ministry of Mines and Steel Development is aware that Nigeria has the second largest deposit of bitumen in the world, spanning approximately 120 kilometres, yet it has criminally turned the country into a destination for bitumen importation from Canada, United States, Germany, United Kingdom, France, Spain, Italy, China, India, Japan, Australia, Indonesia, Malaysia, Brazil, Mexico and South Africa.

Major players in the national economy have not been silent on the implications of the abandonment of the bitumen industry because of its prospects as a veritable foreign exchange earner. Time and again, they have demanded a pragmatic approach to its exploitation in order to save the Nigerian economy from further haemorrhage. What is more, the technology for the exploitation of bitumen is readily available and less costly. Having admitted that 80 per cent of the bitumen used for road construction in Nigeria is imported, the government owes the nation a duty to muster the necessary political will to lead the way in the sector. It should create the enabling environment for private participation and end the importation of bitumen. That done, its efforts in diversifying the economy and instituting self-reliance would become meaningful. Ambivalence towards the sector killed the Federal Government’s Bitumen Implementation Committee. Sadly, the majority of Nigerians continue to get poorer because of lack of access to shelter, power, water, healthcare and education.

Nigeria must take advantage of the immense benefits and prospects in the sector, at least to mitigate the effects of its multifaceted national challenges. There is a pressing need to create jobs and promote rural integration and general empowerment of the citizenry. If the government is sincere and determined to translate the wealth of the nation into better lives for citizens, bitumen can be a catalyst for ushering in economic boom and putting an end to the frustration consistently expressed by the people of Nigeria’s bitumen belt. It is an act of economic sabotage to allow importation of bitumen into a country that is heavily endowed with the prized commodity.

Battle for the soul of Lagos PDP