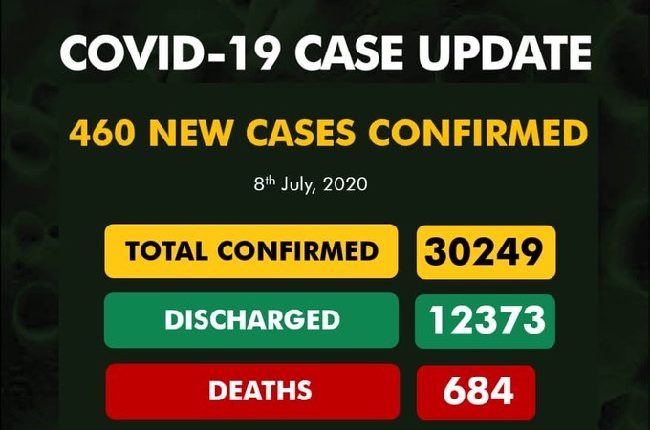 The Nigeria Centre for Disease Control (NCDC) has confirmed 460 new cases of COVID-19 in the country, bringing the total number of confirmed cases to 30,249.

The centre disclosed this on Wednesday night via its verified Twitter handle.

Why I make effort to stay in touch with happenings in Nigeria — Australia-based writer, Wale Olaitan