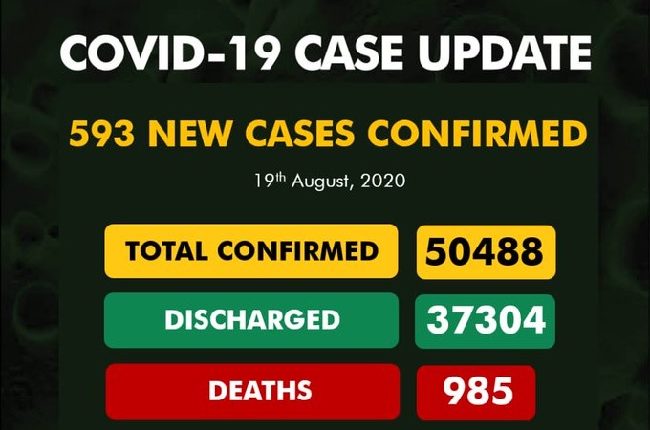 The Nigeria Centre for Disease Control (NCDC), on Monday, announced 593 new COVID-19 cases in the country as total infections from the virus exceeded 50,000.

This brings the number of confirmed cases to 50,488

The NCDC made this known on via its official twitter handle.

Probe of Chinese loan, affirmation that Reps not a rubber stamp ― OPC