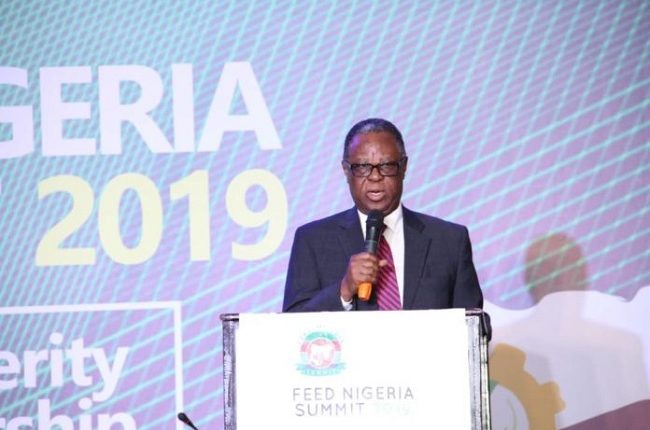 The National Institute of Animal Science (NIAS) has said that Nigeria has the second-largest number of poultry in Africa with 180 million, and with the largest annual egg production at 650 metric tons.

He also said that the country currently produces about 600 metric tons of milk, while its annual consumption stands at 1.6 million which it imports.

Professor Iyayi said the outcome of the upcoming conference of the NIAS which will be held in Akwa-Ibom State with the theme “livestock resilience in post-COVID-19 Era will be useful for policy alignment by the government.

He said the conference will also help engender developmental research, innovation platforms and practitioners’ engagement in a triple-helical model that will stimulate town-gown interaction for an economic renaissance with animal agriculture as a pivot.

“This year’s conference is the 10th Joint Annual Meeting (JAM) to be organised by the two bodies with the objective of addressing issues and challenges that continue to plague the Animal Husbandry industry in Nigeria.

“These challenges have been compounded by the advent of COVID-19 pandemic, which has seriously impacted the Animal Husbandry in a very negative manner.

“Production activities have been greatly hampered and it has been widely reported that many livestock farms (especially poultry farms) have closed or are operating at marginal levels.

“The Nigerian Poultry Industry contributes about 25 per cent to agricultural GDP. Nigeria has the largest annual egg production (650 metric tons) and the second-largest poultry population (180 million birds) in Africa.

“We need about 1.6 million mt of milk and we can only produce about 600,000 metric tons, so the difference has been coming by importation,” he said.

He further stated that about 85 million Nigerians are involved in poultry agribusiness along the value chain.

The NIAS Registrar, however, said the impact of the COVID-19 pandemic on this industry has been phenomenal with steep losses reported by farmers.

He said the feed sector has not been spared as two essential ingredients, maize and soybean whose cultivation and importation reduced drastically, further compounding the problem of the industry.

“The growth of the Nigerian Animal Husbandry industry, which has been slow, has further been aggravated, apart from the COVID-19 pandemic, by factors such as insecurity, climate change, rising population and cost of other living expenses.

“The Animal Scientist believes that going forward in the post-COVID-19 era, resilience is required to absorb the shock and reposition for greater heights, solve youth restiveness and perennial farmer-herder conflict,” he noted.

Professor Iyayi said the application of technology and innovation to promote production, processing and agricultural trade through effective competitiveness, market access and penetration are the basis for a resurgence of our nation’s economy.

“The current high annual food import bill of over $5 billion and $1.5 billion on dairy products and other derivatives in the face of obvious comparative advantage is an unsustainable trend particularly in the wake of dwindling foreign exchange.

“Therefore, the outcome of the discussions at the meeting will be useful for policy alignment by government and also help engender developmental research, innovation platforms and practitioners’ engagement in a triple-helical model that will stimulate town-gown interaction for an economic renaissance with animal agriculture as the pivot,” he added.

In spite of the huge investment in the water sector by the government and international organisations, water scarcity has grown to become a perennial nightmare for residents of Abeokuta, the Ogun State capital. This report x-rays the lives and experiences of residents in getting clean, potable and affordable water amidst the surge of COVID-19 cases in the state…    Nigeria’s 180 million bird population 2nd largest in Africa