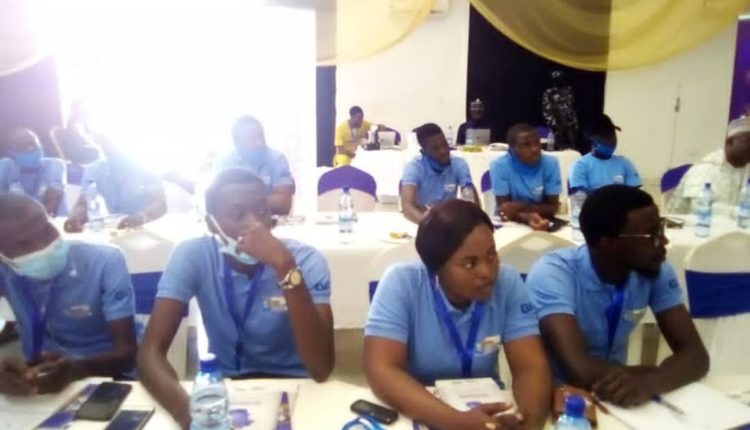 Nigerian youths have been charged to get united and ready to play significant political roles in reshaping the country beyond 2023 considering that the present dispensation is still struggling to meet their yearnings and aspirations.

The charge was given by the Chairman of a NGO, ‘Lead Generation Initiative’, Shina Abiola Peller during a 2 day training of a total of 150 youths from Bauchi and Gombe States as well as from other youth-based organizations in the 2 states who are being trained on effective leadership traits for development particularly in a democratic dispensation.

The 2-day training was organised by ‘Lead Generation Initiative’ as part of its efforts to encourage youths to be active participants in the political and governance of the country particularly as the 2023 political scene is taking shape gradually.

‘Lead Generation Initiative’ explained that during the training which commenced on Friday at Double 4 ICC, involving youths selected from Bauchi and Gombe States on leadership and governance that the youths will be engaged in various leadership skills.

Founder of the NGO and member representing Iseyin/Itesiwaju/Kajola and Iwajowa constituency of Oyo State in the House of Representatives, Shina Abiola Peller while declaring the workshop opened in Bauchi explained that the training tagged ‘Get Involved Leadership Training was meant to promote youth involvement in politics.

He also said that the organisation was established to create opportunities for young people to channel their creativity, energy and aspirations to add value to their communities.

Abiola Peller said that, “We are aware that the voice of every young Nigerian needs to be heard. We want to galvanize, train, support and raise the voices and stake of the Nigerian youth.”

He added that, “We are building a new generation of young people that take responsibility for fixing their communities and country through active participation in the socio-political process.”

The Federal Lawmaker who also noted that the Lead Generation Initiative intends to be Nigeria’s foremost organised movement for socio-political, economic and cultural change and development urged the youth to take their destiny into their own hands and run for various elective offices in the next elections.

He emphasized that the training is a train-the-trainer program and aimed at ensuring that every youth in the country is trained on how to effectively be a leader in order to have a positive change in the country.

In his remarks, Bauchi State Police Commissioner, Lawan Tanko Jimeta stressed that it is very important for youths to be trained in order to know what to do in a democratic dispensation in spite of the numerous freedom and rights enshrined in the constitution of the country.

Lawan Jimeta who was represented by the Command PPRO, DSP Ahmed Wakili added that considering the fact that youths are prone to various vices, there was the need to teach them to always subject themselves to constituted authorities.

He then assured that the command will continue to engage youths in order to make them good and useful citizens for a better Nigeria.

Also speaking, the secretary of Lead Generation Initiative, Ekpa Stanley Ekpa said that the training was sponsored by them adding that Yiaga Africa was engaged to teach the participants.

He stated that they sponsor different types of trainings including that of youth, women’s leadership development program and creativity and craft program aimed at supporting youth entrepreneurs.