Why Nigerians will continue to die from kidney failure — Salako, NAN president 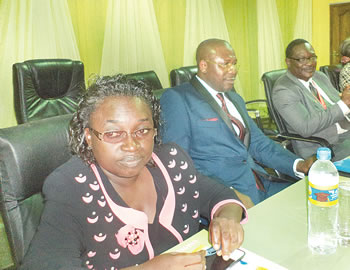 President, Nigerian Association of Nephrology (NAN), Professor Babatunde Salako, had decried the gap in the health system for kidney disease treatment despite its high burden in Nigeria.

Salako said this in a lecture he delivered on “Challenges of Managing Chronic Kidney Disease in Nigeria: An Appraisal of the Ethics and Legal Issues Involved” at the Osun State University, Osogbo, Osun State.

The medical expert, who remarked that many Nigerians are not aware of havoc caused by chronic kidney disease, puts the prevalence of the problem at between 15 and 30 per cent in Nigeria.

Salako, the provost, College of Medicine, University of Ibadan, said that its incidence increases by six per cent every year world over and that between eight and 16 per cent of the world’s population currently live with chronic kidney disease.

The expert, noting that the age of most Nigerians with chronic kidney disease ranges between 20 and 55 years, declared that hypertension, glomerulonephritis and diabetes were the major causes of kidney problem in Nigeria.

Although dialysis and kidney transplantation are the only effective ways of treatment, he declared that managing the condition in Nigeria has been rather challenging because its treatment is costly and as such good quality of life cannot be guaranteed.

According to him, “the outcome for kidney failure patients has not improved beyond the situation in the early 90s because the patients have to pay out of pockets.

“These modalities of treatment, dialysis and transplantation, have become prohibitive in cost and conservative estimate may be more than N1.5 million per year for dialysis alone.”

Salako, declaring that the longest dialysed patients in Ibadan spent only 27 months, also linked the gloomy situation to occasional lack of regular supplies of dialysis software.

However, he said that scarcity of altruistic organs donors and donated organs as well as ethical and legal issues on organ donation remains some challenges against kidney transplantation in Nigeria despite this being the best treatment option for kidney failure.

“Till the last one year, there is no transplant law in Nigeria and both the doctors and the patients were not protected. Each hospital has been using its internal checks,” he declared.

Salako said insistence on an affidavit from the court of law before transplantation is carried out and that this had also resulted in transplant tourism outside Nigeria.

The expert while decrying the National health Act’s silence on organs obtained from living donors, described the health act as one of the highlights of organ trafficking in different parts of the world.

NAN, he assured was already making moves to allay the plight of persons with kidney problems.

Salako said that NAN had already proposed to the Federal Government that dialysis for patients under NHIS will now be covered for six months.

In addition, he said the proposal include that patients who are able to do their transplant operation in Nigeria be given free immunosuppressant drugs for life, saying this is also being planned for next year’s budget.

US spent $85bn to support global fight against HIV/AIDS ― Pierangelo