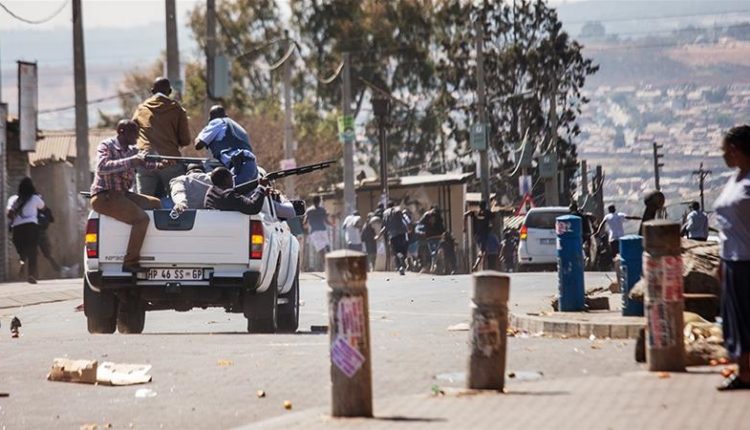 As the xenophobic crisis intensifies in South Africa between foreign nationals and locals in most parts of the country, especially Gauteng, Nigerians have launched a revolt against the situation which they termed as a direct attack against them.

Consequently, Nigerians have taken to the microblogging site, Twitter, to vent their anger against the inhumane attitude of South Africans against their compatriots, and are therefore calling on authorities to call the attackers to order.

According to the latest information released by the South African Police, at least 100 people have been placed under arrest for their alleged participation in the pillaging of foreign-owned shops we saw between Sunday and Monday.

“They were arrested on a variety of crimes including malicious damage to property, attempted murder, theft, housebreaking,” SA police spokesperson, Vishnu Naidoo, revealed in a statement.

He also confirmed that, as things stand, two people died, including a woman, as a result of the violence that broke out in the city. While things are said to have calmed down in some parts of the city, it seems that on Tuesday morning, the violence moved to the Alexandra township.

Nigerians’ reactions plus others who have commented on the issue on Twitter are embedded below: