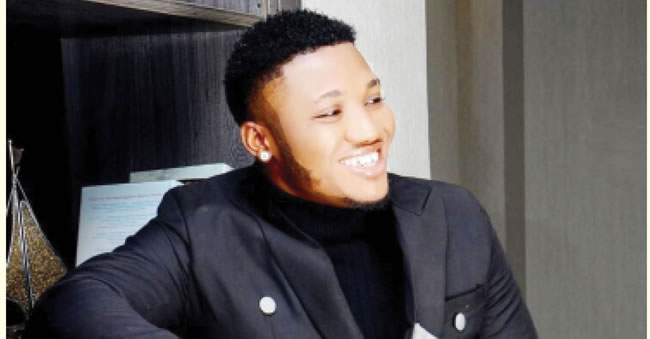 In recent times, what are the films you have produced that have had remarkable impacts in Nollywood?

I recently made three movies. The first is entitled, ‘The Prodigal son’, which replicated the biblical story of a young man that travelled outside his parent’s house to squander the wealth he inherited from his father, only to return home after many years to plead for his dad’s forgiveness. But to make the film more appealing to humanity and impactful, I tweaked the plot a great deal and featured many top Nollywood stars as I have done in the previous seven other movies I have produced.  I believe the film really impacted peoples’ lives because I received a lot of feedbacks from people across social media.

After that, I shot Jagunlabi, which I made in Dubai. For the movie, I had to move the entire cast and crew to the place and the film was another blockbuster. I used the film to pass a message to irresponsible parents out there, who are not committed to raising their children with sound moral upbringing to the extent that they won’t even question their children when they notice that he or she is exhibiting some questionable character. In the movie, I paraded the likes of Ayo Adesanya, Jide Kosoko, among others. But the latest one from my stable now is entitled, ‘Afefe’ (Wind). It is currently gaining traction on social media. I released its first part last month and within three weeks, it has grossed about seven hundred and fifty thousand views on YouTube. I finally released its second part last week Friday, October 29. Presently, it has grossed over two hundred thousand views on YouTube.

Afefe is the story of a young man accidentally whisked away by a strong whirlwind, only to return in a spirit form with some powers and started tormenting dubious politicians and public office holders. The film was directed by Wale Razak and had the likes of Yemi Solade, Jide Kosoko, Ayo Adesanya, Yinka Quadri among others. So, with Afefe now, I have produced nine movies so far. But I really can’t count the number of movies I have featured in, because you know, as a promising actor, who has been privileged to produce high-rated movies, other producers will want to feature you in their movies. But all have been simply the grace of God.

For someone who has produced quite a number of movies in Nollywood, what has been the driving force behind your movie-making?

As you know, there are many producers and actors in the industry, but on my part, my main aim for movie production is to address trending and burning societal challenges through the screen. I have discovered that many Nigerians prefer to watch movies than read books, which confirms the poor reading culture that we have in the country. But as a young and visionary movie-maker, I always tailor my script towards addressing issues like divorce, domestic violence, poor parenting, infidelity in relationships and marriage, cultism and corruption among public office holders, which is endemic in Nigeria.

I try to build a captivating, but highly instructive storyline around the current happenings in the society. Sometimes, I use real-life occurrences but made use of fictitious names to protect the image of the persons involved in those incidents. And so far, the result has been impactful. The next film coming from my stable is entitled, “Young couple”, which I am currently packaging to address the difficulties that young people face in the early years of their marriages that often make them consider divorce. It is still in the pipeline. But as usual, it will really blow peoples’ minds.

You recently launched Topright entertainment brand. What exactly are the unique solutions it is bringing on board?

I have been in the movie industry since 2012 and Ijebu has been my boss. I learnt so much from him, after which I started featuring in movies and producing my own films. As someone that has greatly been tutored by veterans in the industry including Afeez Owo, Wale Razak among others, I thought of other ways to make indelible imprints in the Nigerian entertainment industry aside through Nollywood and this was what birthed my entertainment brand. I launched it a few months ago and I have signed two artistes on my record label. One is an Afro-Pop artiste, popularly known as Josh King and the second one is a comic skit-maker, Tosin Popoola. Above making them have more visibility in the industry, I want to help them achieve their dreams by giving them platforms to showcase their talents to the world. In view of the fast rate at which new talented entrants are making their way into the industry through my platform and several others, I believe the Nigerian music and film industry are set for a quantum leap in the coming years. And I am really grateful to God for making me one of the emerging change makers in the industry. Already, Nigerian music is renting the air across the world. I just came back from my vacation in Tanzania, where I saw how Nigerian music have taken over their streets and malls. These are signs of great things to come.

What triggered your production of movies or can we say acting is no longer lucrative?

What triggered the production of the movies is my quest for recognition and acceptability in the movie industry. This is because as an upcoming actor, people won’t get noticed until one projects oneself. In Nollywood, one has to belong or else, one would not be invited for jobs. It was only directors that always call me for movie roles. In view of this, I saw the need to showcase my talents to more people in the industry. And since I did all the movies, more players in the industry have been calling me because they have seen me in different characters.

And this is what keeps inspiring me to use my money to do more movies. The truth is just that as an up and coming actor in the industry, one has to struggle and make one’s own movies which will give the leverage to play any role and appear many times. This is because no producer or director will want to trust an actor with their movie script in view of being new in the industry. Though, as a fresh actor, one can get to do some dirty jobs and deal in a bid to get one’s face on the screen; one will definitely survive the process if one is committed. It’s just that one has to suffer before gaining prominence in the industry. It’s just that you have to suffer before you can gain anything in the industry.

How have you been getting funds to finance your movie production?

After quitting the industry for a while, as I said earlier, I went into business to gain a certain level of financial freedom. Even since I came back, I have continued to run my businesses side by side with my movie career because it is through them I get the money to fund my movie productions which as I said, I needed to continue to embark upon in a bid to get more recognition in the industry. Though, the whole process has been really challenging, I have benefitted immensely from the mentorship of my boss, Ijebu. I always consult him whenever I embark on any new project in terms of the right casting, equipment among others and he has been very supportive.

For somebody who is becoming known as a producer and actor, what do you think about the quality of movie productions in the industry today?

Aside from producing movies, I like watching good movies that portray elegance and a high sense of professionalism right from scripting and type of equipment used, especially the quality of cameras being used which all contribute to the overall standard of a film. These are some of the things I consider when I shoot my movies. I could remember that when I was about making Jagunlabi, my director, Wale Rasak, who was the brain behind the storyline, told me that he wanted to see me in another character, clearly different from those I had been playing in my past appearances. He told me that he saw a very unique instinct in me and that I needed to unleash more of my acting potentials for people to see. His words really motivated me to embark on the movie.

But in all, do you have any regret and what lesson has it taught you?

There is one. And I must say it is one of the most painful parts of my movie career. But I see it as part of the experience I needed to get to the very top in the industry. What happened exactly was that there was this movie I spent a huge sum of money on packaging, from the scripting down to the casting. It cost me a lot. But to my surprise, after the whole process, virtually all the marketers I met rejected the movie, including the online TVs even when it featured stars. They all complained of only its storyline, nothing else. It was really painful, but I had to just dust it off and moved on. Though, many asked whether I didn’t check the story well before embarking on the project, I didn’t mind them. You must be ready to lose millions. This is because you can shoot a movie for two million Naira and hardly make five hundred thousand Naira at the end of the day. There are days you will be lucky, and there are days, you won’t.

Another thing I learned from the mistake is that only one scene can destroy a multi-million naira movie project. This is because the acceptability of the audience is very key. Many of them are intelligent and can predict the end of a movie right from the beginning, even though we, producers, often tend to prevent that. We all know that there will always be a consequence for every bad or criminal act, but if a story now portrays a character that goes scot-free after destroying many lives, such isn’t acceptable because a movie shouldn’t contrast the moral standard of any society.

Due process for terrorists