Nigerians must work to attract God’s kingdom to the country 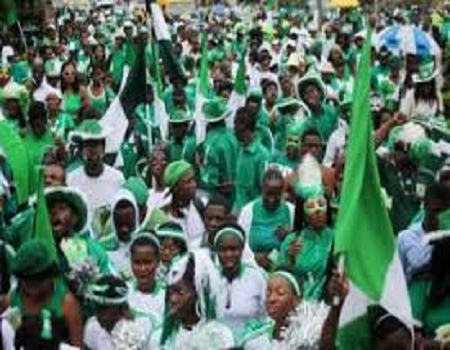 The founder and General Overseer of Holy Trinity Authority Prophetic Church International, Prophet James Omitade, has charged Christians to work towards the attainment of God›s kingdom through their attitude to life, governance and the society at large, saying Nigerian electorate had become one of the numerous reasons political office holders fail to perform while in office.

Prophet Omitade, who took the theme of his message, «Thy Kingdom come, Thy will be done on earth as it is in heaven» from the Gospel of St. Matthew, 6:10 said for the kingdom to be achieved, Christians must make sacrifices and learn to conform with the rules for achieving success.

According to him, many elected officials in our society are willing to serve well and make impact just as there are many of them who come to the people with empty promises or get to offices just to suit themselves.

Those who want to perform and make themselves proud are often dogged by the people who make extraneous demands of elected officials, lamenting that «it is improper but it happens that people would ask their elected representatives ‹what they have brought› from the office they occupied; this is utterly wrong and unhelpful.»

He said «the kingdom of God has not been with us because people are not willing to do His will but their own will.»

The cleric expressed concern that Nigerians, especially Christians tend to overlook their responsibilities as citizens, saying the duty of building a better society and country is that of both the elected officials and the electorate. He therefore charged all to embrace responsible citizenship and desist from making extraneous demands from elected officials.

He said: «Some go with empty promises and go there to suit themselves while some others are genuine and have the good heart with the desire to serve the people that elected them.

«Performance is not a virtue but ‹sharing to the people› and ‹sharing formula› is the new virtue. Selfishness has taken over selflessness. That is why democracy has not given us the kingdom of God we want in Nigeria.»