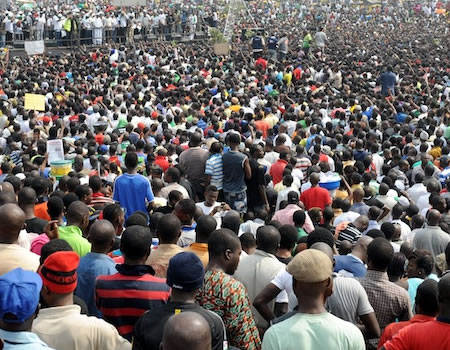 THE Senate is planning a N5 extra charge on every litre of petrol and diesel, as revenues for the proposed National Road Fund, a report of the committee on works commences.

The report of the Senator Kabiru Gaya-led committee, which was scheduled for debate on Wednesday and also on Thursday, but was shelved due to lack of time, recommended the creation of the National Road Fund, which, it said, should be sourced through extra costs on petrol and diesel.

According to the report, which was signed by 12 out of 15 members of the committee, Nigerians would be made to pay N5 more on each litre of petrol and diesel products imported into the country, as well as on locally-refined petroleum products.

The bill is equally proposing the imposition of the 0.5 per cent charges deductible from the fare paid by passengers on inter-state roads.

The Senate committee equally proposed other sources of funding for the road fund to include axle load control charges, international vehicle transit charges, road fund surcharge of 0.5 per cent chargeable on the assessed value of any vehicle imported at any time into the country, 10 per cent from toll fees on federal roads and 10 per cent of revenue accruing from lease or license or other fees pertaining to non-vehicular road usages along any federal road.

Though the report of the bill was already circulated among senators as it was listed on the Order Paper for Wednesday and Thursday, the lawmakers could not consider it this week because of time constraints.

It is most likely the report comes up for debate on Tuesday.

Senator Gaya had laid the foundation for the report on October 19, 2016, when he presented a

lead debate on the bill, submitting that the creation of road fund was the solution to problem of dilapidated roads in the country.

“At the core to the road fund solution is the concept that some of the insufficiency and unpredictability of funding (and, by extension, planning), can be mitigated by extracting additional funds from those that use the road assets in the form of a user-based charge or levy,” he had said during the debate.

Reacting, the Nigerian Union of Petroleum and Natural Gas Workers (NUPENG) said any increment of the pump price of petroleum products would be resisted by members.

In a telephone conversation with Nigerian Tribune, Lagos State Zonal Chairman of NUPENG, Alhaji Tokunbo Korodo, said the union would wait for the Senate resolution to become an official policy before reacting.

He added that the union would be watchful in order not to act on misleading information, until issues became clearer.

“The alleged act is not official, because no formal announcement has been made, but the union is not resting on its oars to get the final deliberation on this imminent action,” he said.

The union leader said any programme or policy initiated to enact the bill, if passed, would be resisted with force, to provide succour to Nigerian masses battling with the current recession.

The Lagos State Zonal Chairman of the Nigerian Union of Petroleum and Natural Gas Workers (NUPENG), Alhaji Tokunbo Korodo in his reaction said any increment of the pump price of petroleum products, would be vehemently resisted by his union members.

In a telephone conversation with Nigerian Tribune, he said his union would wait for the senate resolution to become an official policy, before reactions would follow.

He added that the union would be watchful in order not to act on misleading information, which would necessitate a passive response for now, until issues become clearer.

He noted that any misleading information could evoke grievous reactions.

“The alleged act is not official because no formal announcement has been made but the union is not resting on its oars to get the final deliberation on this imminent action” he said.

He was however very clear on what would be the reaction to any policy that would add to the current hardship.

The union leader was unequivocal that any programmes or policies initiated to bring this unfavorable development to fruition will be resisted with full force because of its pressing negative consequences on the Nigerian masses who are still grappling with the current economic recession.

Trump confirms US withdrawal from Paris climate accord