ROTIMI IGE writes on Nigerians’ desire for reality TV series which has led to the unveiling of the latest reality TV show by satellite pay TV platform, MultiChoice Nigeria called ‘Ultimate Love’, which will begin in February 2020 and will run for eight weeks. 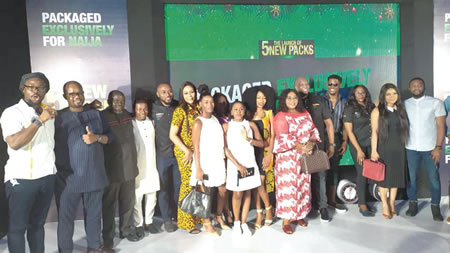 A total of 16 strangers, comprising eight male and eight female participants, are set to be paired and live together for eight weeks as they build a relationship with their partners. The couples, who are continuously monitored by live television cameras and personal audio microphones, will interact daily with a counsellor fondly referred to as ‘Auntie’ as they embark on their journey to love.

This was the revelation recently to the media at a briefing in Lagos by the organisers of ‘Ultimate Love’, Multichoice Nigeria. ‘Ultimate Love’ is a first-of-its-kind reality TV show created by MultiChoice Nigeria designed to give singles a shot at finding life-long love. The participants are paired based on their mutual attraction to one another as they compete to win the grand prize which is an all-expense paid traditional marriage and a fully furnished home, should they decide to get married. Throughout the duration of the show, contestants will engage in a series of locally inspired activities to test their strength and sincerity as couples. The viewers will, however, have the power in deciding which couples remain on the show weekly through voting.

According to the organisers, the contestants are paired based on their mutual attraction to one other as they compete to emerge the ultimate couple of the competition. The winning couple is rewarded with a lavish traditional wedding ceremony, a fully furnished home amongst other prizes.

For this first season, a total of 16 individuals comprising eight males and eight females have been selected through auditions and screenings to live together for eight weeks. They will engage in series of locally inspired activities as couples with viewers voting off their least favourite couple on a weekly basis.

Chief Executive Officer, MultiChoice Nigeria, John Ugbe, at the briefing said, “We are excited to have developed this new reality TV format, which further reiterates our position as Africa’s biggest storyteller and custodians of premium and quality entertainment in Africa. Our viewers can expect the very best production values and a show experience unlike anything ever seen on African television.

“As Nigerians, we celebrate everything Nigeria; this is our reality. So, I think for us, it’s important that we keep it as real as possible. This is our reality, but within this reality, we are able to celebrate and create magic. Reality TV shows are immensely popular because they showcase real people experiencing real life happenings and situations, thus connecting with viewers and fans on a personal and relatable level.”

On the recently concluded Big Brother Naija show, he said, “I remember when the BBNaija show started, I saw quite a few comments on social media. Everybody was ready to see the blackout in the house or the transmission goes off. There were negative expectations that definitely it will go wrong.

“There are fewer things realer than love, and Ultimate Love, our new and exciting reality show celebrates this. We are excited to have developed this new reality TV format which further reiterates our position as Africa’s biggest storyteller and custodians of premium and quality entertainment in Africa. Our viewers can expect the very best production values and a show experience unlike anything ever seen on African television. For Nigerians, who are ready for love, marriage, and have their traditional wedding sponsored, with a full furnished house, having Daddy Showkey performed live and IK Osakioduwa MC their wedding, Multichoice Nigeria has opened its door for such opportunity for males and females aged 23 years and above, who are single and open to the adventure the show presents”.

“It ties back to us being Africa’s leading storyteller; we love to tell stories on and off screen. For the Ultimate Love Reality Show, viewers can expect compelling content, entertaining, but mostly content that will drive culture. So, this show is about showcasing the beautiful culture of Nigeria.

“Our contestants are going to be spread across the country, bringing in the different experiences, their different cultures and the ultimate prize is a lavish traditional wedding. I’m hammering on culture, because the show will be centred around marriage, culture and how it drives our economy.”

On the possibility of the winners selling off their house gift, she explained, “we will have clauses around it; a contestant can’t just sell the house the next day, they have to remain married for a while. So, things like that will be in the terms and conditions that each contestants will read before they go into the show. Again, we are creating families and not trying to dash people things they can sell off.”

The many looks of Nigerian Father Xmas