Nigerians in India, others will be evacuated, minister assures 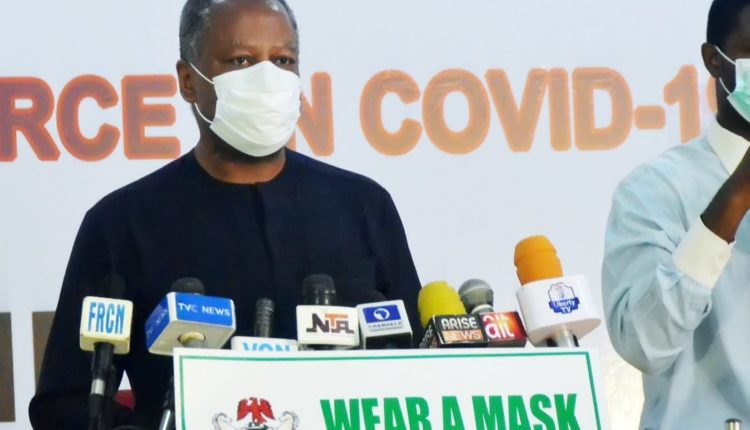 Foreign Affairs Minister, Mr Geoffrey Onyeama, has assured that the country would soon resume evacuation of its citizens stranded in foreign countries.

Onyeama gave the assurance on Thursday at the daily Presidential Task Force briefing on COVID-19.

The ministry recently disclosed that the Central Bank of Nigeria and the Nigerian National Petroleum Corporation had assured of financial gestures to the tune of N1 billion to assist the Foreign Affairs Ministry in its ongoing evacuation of Nigerians abroad.

Prior to the apex bank and oil giant intervention, Onyeama had raised the alarm of shortage of funds to continue with evacuation process after its movement of Nigerians from the United States of America.

The first and second set of evacuees were from United Arab Emirates and the United Kingdom. Those evacuated from Jeddah, Saudi Arabia, on Wednesday were at the instance of the Saudi Arabian government.

At Thursday briefing, Onyeama asked Nigerians in India to be hopeful as he disclosed that his ministry had opened discussions with relevant authorities in New Delhi.

He said: “The first question was in respect of India and how soon we can start bringing our nationals in India back home especially that some hotels have said that they want to see the money before they accept anybody and now we are hopeful that we are getting the money.

“Yes, we are hoping very soon that we will start bringing the evacuees from India as I said and I was informed that it might require advanced notice or some days before they give landing rights in India. So we are working on that and we hope we get that done.”

He further asked Nigerians in other countries apart from India to exercise patience.

Responding to the question on the fate of Nigerians in Cotonou, Benin Republic, who landed in the country and were being compelled to pay for isolation centre, Onyeama said his ministry officials in Cotonou have since opened discussion with their counterpart in that country.

WHO reviewing impact of Trump’s decision to withhold funding