Nigerians in Canada fault FG on herdsmen problem in South West, others 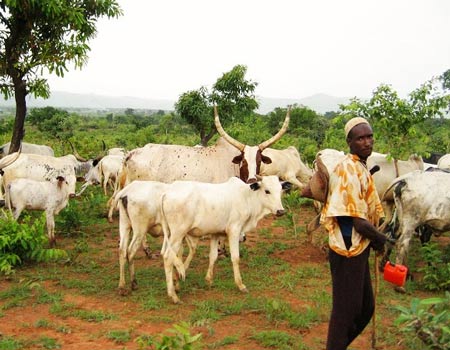 The Coalition of Nigerians in Canada (CONIC) has accused the Federal Government of failing in its responsibility of guaranteeing the safety of lives and property of the citizens.

The group, in a statement by its co-founder, Yemi Adegbite, particularly deplored the wave of killing and kidnapping of Yorubas, Igbos and the Middle Belt people on their own soil by Fulani headsmen.

It expressed regret that the situation had got to a boiling point and the people have now begun to take their destinies in their own hands and defending their lives and property.

“We in the Diaspora in general and the Coalition of Nigerians in Canada (CONIC) in particular have followed the events in Nigeria and have watched in great distress and consternation the reckless, wanton and needless destruction of property and killing of the innocent, law-abiding citizens right in their homes and on their own soil.

“The federal and, in many cases, state governments have failed to provide one of the basic responsibilities of any government, which is to guarantee the safety

“The Fulani herdsmen and their sponsors have declared war on other areas of the country, and the Federal Government of Nigeria is wittingly or unwittingly condoning their actions.

“We have not seen or heard where a single Fulani herdsman was apprehended and punished for any of these crimes because of the government’s nonchalant attitude towards the fratricidal war levied against Nigerians.

“Judging by the unabated prevalence of violence, insecurity, and the breach of trust occasioned by the absence of the central authority to combat the ravaging and menacing gangs of Fulani herdsmen, kidnappers, and armed robbers, it now behoves the people to take all the necessary steps and defend themselves.

“That is the simple law of self-preservation, and the people will do just that. That is what is happening all over the Yoruba land, the Igbo land, and the Middle Belt people’s land. This government has failed the Nigerian people. No wonder every sector is coming up with its security outfit to counter the forces of the intruders.

“In our opinion, the continuous and brazen belligerence of the Fulani herdsmen casts a serious aspersion on the sincerity of the Buhari-led Federal Government in finding any lasting solution to this perennial problem which, as a matter of fact, has even gained more prominence under President Buhari.

“This Federal Government has not been forceful enough in dealing with the incessant coldblooded killings of innocent Nigerians by the Fulani herdsmen,” CONIC said.