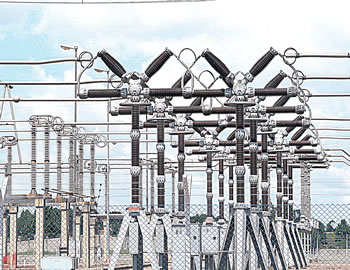 Just about one month into the commencement of dry season, Nigerians are already feeling pains of progressive deterioration in electricity supply as power generation on Friday dropped to 3,081.6 megawatts.

The United Nations estimates the country’s population at 184 million as of July 2016.

Operational report data from Nigeria Electricity System Operator (NSO) obtained by Saturday Tribune indicated that generation had peaked at 3,391.2 megawatts on Thursday only to nosedive to 2937.1 MW later.

This was a sharp drop from the 4,285 recorded on September 16, attributed to scarcity of gas and repair work being carried on at hydro power stations.

The largest generating plant, Egbin in Lagos with installed capacity of 1,320MW generated only 160MW due to gas supply shortages as compared to the 172MW on November 29.

Industry data also indicated that both Shiroro Power Station in Niger State and Jebba Power Station in Kwara State had their outputs fall to 300MW and 381MW respectively, from 450MW and 476MW on Friday last week.

Unit 411G3 of Shiroro was out for water management, while 411G4 was out on maintenance.

Jebba’s unit 2G4 was also out for water management and 2G6 due to burnt generator winding and automatic voltage regulator.

A senior official at one of the TCN Control Centres in Abuja told Saturday Tribune that the last system collapse occurred on Sunday.

However, it was also gathered that at least nine plants have not been generating any electricity due to shortage of gas engendered by activities of vandals.

Trans-Amadi, AES, ASCO Afam IV & V, Odukpani NIPP, and Gbarain, Olorunsogo’s units GT1, 2, 3, 4 and ST2 were said to be out due to gas constraints, while ST1 was out on maintenance.

The GT1 unit of Ibom Power was out on guide vane problem, while GT2 and 3 were out due to maintenance of the gas station for 45 days since October 21.

Nigeria not borrowing from IMF —FG