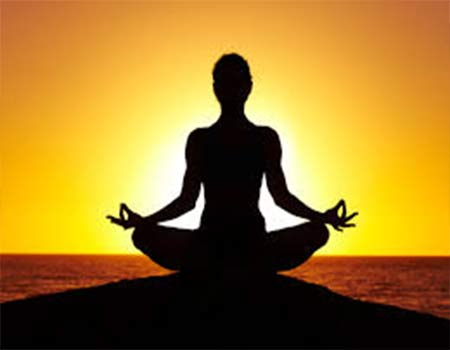 THE President of Yog Shivir, an Indian Yoga coaching organisation, Mrs Simran Magnani, on Sunday announced that there was currently an increasing number of Nigerians engaging in Yoga practice.

Yoga is an ancient physical, mental and spiritual practice that originated from India, which focuses on bringing harmony between the mind and body.

Magnani made the remark at an event jointly organised by the High Commission of India and the Indian Cultural Association in Lagos, to mark the 2017 International Yoga Day in Lagos.

“In the last three years that we have been observing the International Yoga Day in Lagos, there is growing awareness among Nigerians of the benefits of Yoga.

“There is currently a high level of its awareness among more Nigerians. Many are becoming more enthusiastic about Yoga practice.

“I presently have more than 30 Nigerians that have joined my Yoga sessions in Lagos alone,’’ she said.

Magnani said that it was important for Nigerians to realise that Yoga practice was different from physical exercises, because it works on the mind, as well as enhancing calmness and relaxation.

According to her, it is imperative for more Nigerians to know that Yoga is the art and science of healthy living.

The President of the Indian Cultural Association in Lagos, Chief Sanjay Jain, and also enjoined Nigerians to avail themselves of the benefits of practising Yoga at all times.

Jain said that the practice of Yoga enhances vitality, focus, memory and productivity, body and mind, as well as emotional stability, strengthening and stability of the spine.

The association’s president said that it was also imperative for Nigerians to know that its practice assists in relieving back pain, stress, anxiety and tension.

“We believe that the celebration of the International Yoga Day here at the premises of the High Commission of India in Lagos these past years, is to sensitise Nigerians on the benefits of Yoga.

“We still want to encourage more of our Nigerian brothers, sisters and friends to adopt the practice of Yoga,’’ he said.

The News Agency of Nigeria (NAN) reports that about 250 Indians and Nigerians gathered on Sunday at the premises of the High Commission of India in Lagos for this year’s International Yoga Day.

Since its inception in the year 2015, June 21 is celebrated every year as International Yoga Day in different parts of the world.

The idea of an International Yoga Day was proposed by Indian Prime Minister Narendra Modi.

At the United Nations General Assembly, he said, “Yoga is an invaluable gift of India’s ancient tradition. It embodies unity of mind and body; thought and action; restraint and fulfilment; harmony between man and nature; a holistic approach to health and well-being.

“It is not about exercise but to discover the sense of oneness within yourself, the world and nature. By changing our lifestyle and creating consciousness, it can help in wellbeing. Let us work towards adopting an International Yoga Day.”