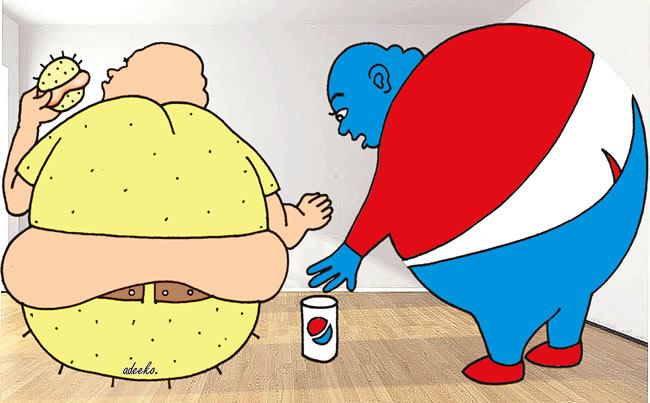 FOOD processors and sellers across Nigeria are using toxic chemicals to improve the look of many food items, including cassava flour, beans and fish, scientists have said.

The experts explained that with the practice, millions of people are subjected to the risk of experiencing kidney problems and cancer.

Deputy Vice Chancellor (Research, Innovation and Strategic Partnerships), University of Ibadan, Professor Adenike Adeyemo, stated that many of the toxic chemicals are added as preservatives but are not safe for human consumption.

Adeyemo, a professor of Aquatic Epidemiology and Toxicology, declared that the perpetrators are ignorant of the health implications of the act and they get away with the atrocity because the quantity of the poison added is small and it usually takes a long time before its side effect is noticed.

Although Nigeria lacks statistics on the health effects of these toxic preservatives in foods, the don said, “There is an increase in diseases such as cancer, birth defects, kidney failure and diabetes in children. These diseases don’t just happen. It is a function of what an individual breathes in or eats.”

According to her, toxic preservatives have cumulative effects on the body, even though they do not kill immediately they are taken.

“By the time, the effect, kidney or liver problem or cancer, starts to show, maybe 10 or 15 years after, nobody will link it to what was eaten in the past.”

Professor Adeyemo stated that the use of antibiotic and other drugs in raising fish for the table is also a challenge to human health as it is building resistance in humans.

“In developed countries, antibiotics are not licensed for raising fish for consumption. By the time, the fish is ready for the market, there is no time for the withdrawal period to ensure the effect of the drug given has waned. Drugs are only licensed for use in ornamental fish and that is not meant to be consumed,” she added.

The don said she stopped taking food items like fufu because they are fermented with chemical substances such as bleach to ensure that they don’t taste sour.

“It is the wrongly processed cassava or food items that everybody gets to buy in the market. So, my money is not even insulating me. It is a function of decadence in our society. But it is not right. It is not good for our health. One may not see the harm immediately, but down the road. When something is not for consumption, it is not for consumption,” she declared.

Also, director of Drug Metabolism and Toxicology Research Laboratories, University of Ibadan, Professor Olatunde Farombi, stated that although the practice of adding toxic preservatives to food items, including fish, vegetables and fruits is common, it is not official.

According to him, while many traders use carbide to ripen fruits such as orange, mango and banana to preserve them, some spray chemical compounds like Sniper, a brand of pesticide, on beans to prevent weevils from attacking them.

Professor Farombi said: “These practices are illegal. All these chemicals can affect a wide range of body systems and cause liver failure, cancer, kidney failure and brain damage. Can you imagine people using an old tyre to roast a cow? The tyre contains a lot of toxic substances that can contaminate the meat.

“Some people use formalin, a chemical used to preserve corpses in the morgue, to preserve fish in cold room before eventually selling them to people for consumption.”

A chemical pathologist at the College of Medicine, University of Ibadan, Dr Oluwakemi Ademola-Aremu, stated that although the use of chemical substances such as gammalin-20 for fishing has legal implications, people have not stopped the act.

Dr Ademola-Aremu said preservatives contain different chemical substances and as such, will have varying effects on organs of the body.

“These chemicals affect target organs. Some go for the kidney, while others go for the heart, depending on the structure of the poison. However, the effect of these poisonous chemicals will be more pronounced in the very young and the old,” she added.