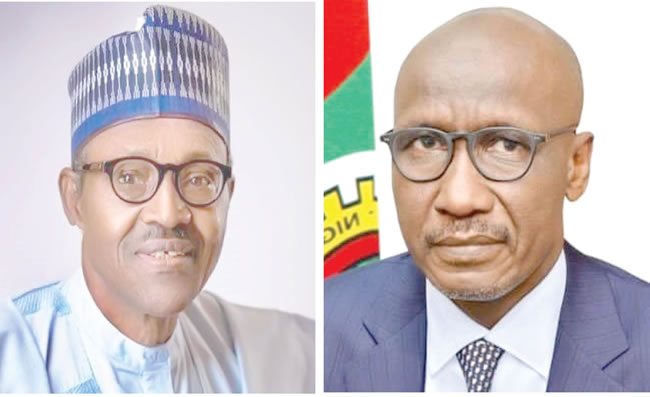 A cross-section of Nigerians on Friday lashed out at the Muhammadu Buhari administration over a further increase in the price of petrol. The Petroleum Products Marketing Company (PPMC), a subsidiary of the Nigerian National Petroleum Corporation (NNPC), had on Friday announced that the retail pump price of petrol would now be N172.17 per litre.

It cited an increase in the ex-depot price of petrol from N151.56 in September to N155.17 in November for the increase in the pump price of the commodity. The agency conveyed the new development in a memo dated 11 November, 2020 and signed by Ali Tijani.

The new price took effect from Friday, 13 November, 2020, according to the memo. Pan-Yoruba group, Afenifere, and the Ohanaeze Ndigbo described the increase as a wicked act from the government, while a branch of the Nigerian Bar Association (NBA) said the Buhari government was being “heartless.”

The secretary of a unit of the Road Transport Employers Association of Nigeria (RTEAN), reacted by declaring that the increment would lead to a hike in transport fares which would also cause an increase in prices of foodstuffs.

Senator Shehu Sani, in his own reaction, said on Twitter that “petrol price is catching up with the number of Nigeria’s ethnic groups.”

There are more than 250 ethnic groups in Nigeria. A Nigerian, Adams Wadas (@Adamsy_wadas), said, also on Twitter: “My Nigeria, the last time the price was increased to N168/litre, crude oil/barrel was $45 and now the price of crude oil is less than $40, they increased the price of petrol again.”

It is wicked —Ohanaeze

Deputy National Publicity Secretary of Ohanaeze Ndigbo, Chuks Ibegbu, described the increment as inhuman and wicked. Ibegbu queried the rationale for fuel price increase when Nigeria is an oil-producing country. In an interview with Saturday Tribune Ibegbu said: “The hike in the price of petroleum products will further cause untold hardship for the masses who at the moment are living below the poverty level.

“I am yet to understand the delay in resuscitating the nation’s refineries. Perhaps they are interested in acquiring oil blocks instead of making the products available to the masses.

“We at the Ohanaeze Ndigbo condemn the fuel price increase in its entirety. It is unacceptable to us and the Ndigbo. Nigerians should resist the increment. I don’t know why our rulers are interested in making life difficult for the people.”

Afenifere said it could not see anything to justify the latest increment in the international oil market. The group’s spokesman, Mr Yinka Odumakin, in a telephone interview with Saturday Tribune, said nothing could justify the punishment being meted out to Nigerians through the latest fuel price hike.

“Well, it’s Abuja and President Buhari’s NNPC market forces that have played the crooked one again because we don’t know what has happened in the international oil market to warrant this latest increment and the punishment they are inflicting on Nigerians,” he said.

Odumakin noted that the citizens were just coming out of the pains of the EndSARS protest which was hijacked by hoodlums and resulted in killings and destructions and were still battling with the coronavirus pandemic.

He said with the increment, Buhari’s government seemed to be a worse affliction on Nigerians than COVID-19. The Afenifere chieftain recalled that the ruling All Progressives Congress (APC) had during the 2014 campaigns promised to repair all the country’s refineries and produce fuel locally but had been unable to fulfil the promise as the country continues to import fuel five years after.

ALSO READ: My landlord gave me quit notice ’cos I refused to sleep with him —Tenant

“When they were campaigning in 2014, what they told us was that they were going to repair all the country’s refineries and produce fuel locally. There were lots of other promises they made would happen under Buhari’s regime. But in the last five years, we have not produced fuel in any of our refineries. We have continued to import and the last five years have been a lot of suffering for Nigerians.

“Just coming out of EndSARS protest and its aftermath and still battling with COVID-19 pandemic. In fact, with what they have done now, it seems this government is a worse affliction on Nigerians than COVID-19,” Odumakin said.

Speaking to Saturday Tribune, the General Secretary of Road Transport Employers Association of Nigerian (RTEAN), KLT 1 Chapel, Mr Ifeanyi Ekwunife, explained that the increase in the price of petrol was expected to jack up the costs of transportation and goods in the markets. Ekwunife said: “Obviously transport operators will have to adjust their rates to reflect the current realities of the cost of petrol. This will also affect the costs of goods and foodstuffs in the markets because most of the market suppliers depend on public transport to ferry their goods to the markets from the farms or warehouses.

“So, the increase in transport fares and costs of foodstuffs is expected because these things are moved using vehicles that consume petrol.”

The chairman of the Nigerian Bar Association (NBA), Effurun branch, Delta State, Mr Jonathan Ekperusi, described the Buhari government as “confused, heartless, mindless and wicked” for inflicting pains on Nigerians with yet another increase in the pump price of petrol. Speaking to Saturday Tribune on telephone on Friday, Ekperusi stated that the Federal Government had no justification for increasing the petrol price to N172 per litre following its earlier claim that market forces determine the prices.

He said: “It shows that the government does not care about the plight of the people. The global economy is in recession because of the COVID-19 pandemic.

“Global countries are thinking and doing palliatives, safety consciousness to cushion the effects of the economic hardship occasioned by the pandemic.

“For our own government to think of making life more difficult shows we have a government that does care about the people.

“Constitutionally, the safety and welfare of the people are the major functions of government. “In our case, the two plagues are here: insecurity at a very high scale and government begins to increase pump price which affects every other thing as government is indirectly causing inflation.”

Ekperusi added: “It is sad and very sad that at a time our economy is in recession, the government is hiking the pump price of petrol.

The Peoples Democratic Party (PDP) rejected the petrol price increase, describing it as wicked, unbearable and unacceptable. It said this was particularly so given the prevailing economic crunch which it said was already foisted on Nigerians by the Buhari-led APC administration.

In a statement on Friday by its National Publicity Secretary, Kola Ologbondiyan, the main opposition party insisted that the latest increase in the pump price of petrol would worsen the “already suffocating economic situation” in the country, saying that such hike would also be an additional log tied on the economic neck of Nigerians.

The PDP held that the APC and its administration had no justification to increase the cost of fuel to anything above N100 per litre let alone N170 when there are practical options to maintain affordable price, given the country’s production capacity and potentialities.

The statement added: “It is evident that the continuous increase in the pump price of fuel under opaque and nebulous indices is a product of incompetence and large scale corruption being perpetrated by a few individuals in the Buhari administration who are bent on fleecing Nigerians and holding our nation to ransom.

“Our party notes that the APC administration has failed to come clean on the parameters being used for the hike in prices vis-a-vis our production, export and accruing revenue.

“Indeed, the APC administration is not being honest with Nigerians regarding the status and volume of oil production, sales and accruing revenue.

“This is in addition to its failure to fix our refineries and end crude oil theft, allegedly to aid APC interests.

“This appears to provide answers to why the APC administration has failed to offer any explanation on huge fraud going on in the management of our nation’s oil resources including the alleged stealing over N9.6 trillion ($25 billion) by APC interests, as detailed in the leaked NNPC memo. The PPMC’s memo, which announced the fuel price increase, said: “The EDC may please refer to the management directives in respect of the above subject as per the attached memo. “In line with the above, we propose PPMC November 2020 actual prices for PMS with effect from 13 November, 2020 as follows: PPMC ex-Coastal Price: N130, PPMC ex-Depot Price (collection): N155.17,” the memo read.

Ex-depot price is the amount at which the PPMC sells the commodity at the depot to retail outlet owners and fuel marketers across the country.

In May, the Petroleum Products Pricing Regulatory Agency (PPPRA) put the pump price band between N121.50 to N123.50 per litre.

However, in September, the price was further adjusted to N151.56 per litre. This remained unchanged throughout the month of October.