Entertainment
By Tribune Online On Jul 26, 2019 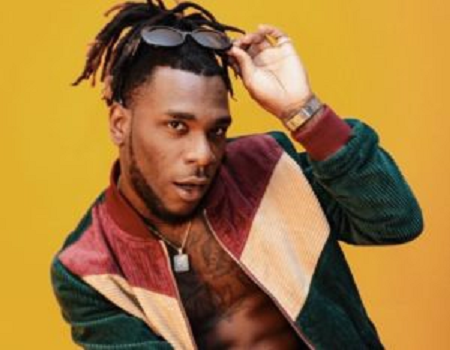 Afro-fusion star, Damini Ogulu aka Burna Boy has been trending on Twitter since Thursday following the buildup to and release of his new album, ‘African Giant’.

News Agency of Nigeria (NAN) reports that the conversations on the album, which started off as typical congratulatory messages, soon turned into critiquing and praise sessions for the lyrics in some tracks.

Burna Boy had announced the album in April following his Coachella debacle and eventual performance during which the title, ‘African Giant’ stuck.

Fans, however, were full of praise for ‘Another story’ and ‘Collateral Damage’ which describes the issues Nigerians face.

The fans described the two songs as history lessons needed at this time in Nigeria with some emphasizing the similarities between Burna Boy and Fela Anikulapo-Kuti.

@Go_blessbless tweeted, “I hope y’all paying attention to the short history being discussed in “Another Story”.

@Didiyargatta said, “Who else is listening to the whole album tonight? #AfricanGiant The guitar strumming on “Collateral Damage” is spiritual. Then Burna took us to history class on “Another Story”.

@_Kboi_ said, “The history on Another story got me doing some school work. I’m here researching for more.”

@Benezrr said, “The Nigerian tale on Collateral Damage and Another story shows how connected Burna boy is to Fela.”

ALSO READ: List of trending news headlines you should see

@Sonoffaith tweeted, “So deep ..listening to both song ..one is bound to feel Fela Alive again.”

@TheRukky said, “Burna out here schooling us about Nigeria in Another story #AfricanGiant.”

JUST IN: Shi’ites storm Abuja mosque in protest over alleged death of members in police custody