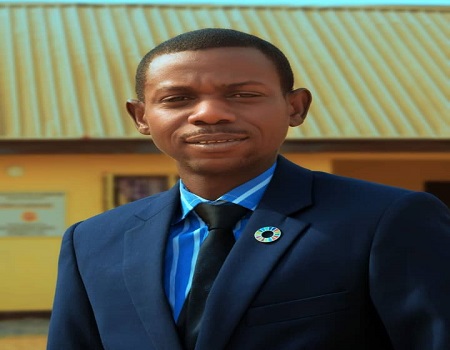 A Nigerian teacher with the Government Day Secondary School, Karu, Abuja, Mr Olasunkanmi Opeifa, has been shortlisted as one of the 50 finalists for this year’s Global Teacher Prize.

The annual award instituted in 2014 by a UK- based Varkey Foundation to recognise and celebrate the outstanding impact that teachers make around the world – not only on their students but on the communities around them- worths US$1 million (about N367m).

Mr Opeifa, 34, and an alumnus of Lagos State University (LASU), Ojo, who teaches English language at his current place of work, however, has won many awards in the past including the 2018 Maltina-Teacher of the Year Award instituted by Nigeria Breweries Plc for Nigerian teachers.

By that award, which made him the best teacher in Nigeria that year, he won, for himself, a total of N6.5 million (N1.5 million as a national and state champion and N5 million spread equally for next five years), as well as a block of six classrooms for his school, among other benefits.

Opeifa is only Nigerian and one of the five from Africa who made the list of top 50 finalists’ from among thousands of teachers who competed for the Global Teacher Prize this year.

A Kenyan teacher, Mr Peter Tabichi and a female teacher from the United Kingdom, Andria Zafirakou, won the 2019 and 2018 edition of the award, respectively.

In a letter informing Opeifa of his selection, and signed by the Head of Marketing, Varkey Foundation, Rebecca Warbrick, the organisation said, “We are delighted to inform you that you have been selected from thousands of applications from around the world to be one of our top 50 finalists for the 2020 prize.

“Congratulations on all your teaching achievements and for putting together such an excellent application.”

Furthermore, the foundation, stated that the 50 finalists would still be narrowed down by the selection committee to 10 and result to be announced in June from which the star winner from the number would be unveiled at an award ceremony to be held at the Natural History Museum in the United Kingdom on October 12, 2020.