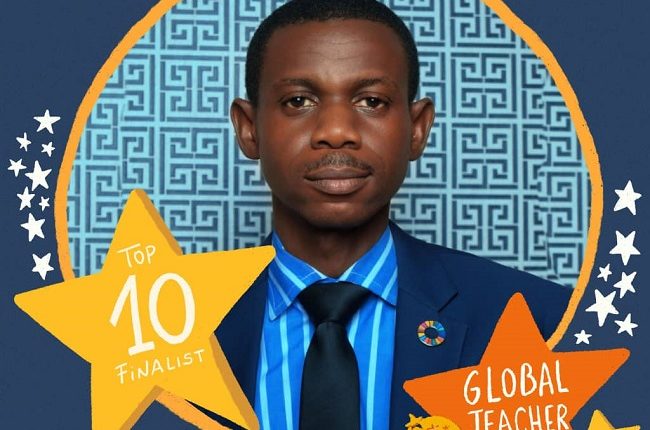 Opeifa is selected among the initial 50 finalists from over 12,000 nominations and applications from over 140 countries around the world.

The annual award which is open to all teachers globally was instituted in 2014 by UK-based Varkey Foundation to recognise and celebrate the outstanding impact that teachers make around the world – not only on their students but on the communities around them. And the star prize is US$1 million (about N383.54 million).

Mr Opeifa, 34, and an alumnus of Lagos State University (LASU), Ojo, who teaches the English language at his current place of work has won many awards in the past including the 2018 Maltina-Teacher of the Year Award instituted by Nigeria Breweries Plc, for Nigerian teachers.

World-renowned actor, Stephen Fry, first announced Opeifa’s nomination on Facebook and two other social media platforms on behalf of the organiser, Varkey Foundation before Rebecca Warbrick, Head of Marketing of the foundation later followed up with video call through Zoom to inform him officially.

Mr Opeifa, an indigene of Ogun State, however, told Tribune Online in an exclusive interview on Tuesday that he gives God the glory and he is also very happy for the achievement.

He said there is no further pruning down of the 10 finalists but that the star prize winner who would go home with US$1 million would be unveiled at an award ceremony to be held at the Natural History Museum in the United Kingdom on December 3, 2020.