Toun Okewale Sonaiya, a media entrepreneur and broadcaster is the Chief Executive Officer (CEO) of WFM, the first and only Women Radio in Nigeria. In this interview by TAYO GESINDE, she talks about few number of women ministerial nominees and the need for more women to be recommended and appointed as chairpersons of parastatals and agencies. 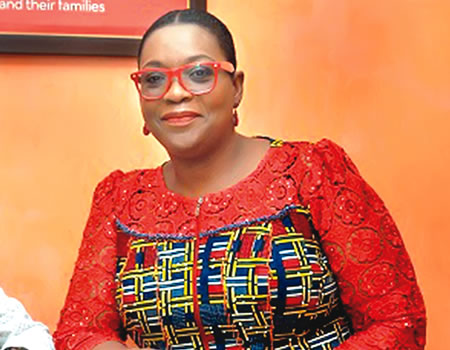 WHAT  is your take on the  ministerial list vis-a-vis the female/male ratio?

With an extra spot to women from 6 in 2015, this isn’t representative and inclusive. The governors and leaders who recommended to the president obviously had no faith in Nigerian women. You can imagine what their commissioners list would look like.

We must however applaud the governors and zones that recommended the seven women who made the list.

Would you say this is in tandem with the Beijing resolution which stipulates 35 per cent of political offices to women?

No it is not. It is 18.7% short of marks. Again, the governors and political leaders in the relevant zones failed the Beijing resolution.

In view of this current list, what is your suggestion to Mr President?

The president acted on recommendations. I hope he will insist that more females are recommended and appointed as chairpersons of parastatals and agencies.

Of the seven women on the list, six are from the north and only one from the south. Does this tell you anything?

It shows that political leaders in the south-west zone weigh more on lip-service than implementation of the 35% affirmative action. Ministerial nominations were recommended by the states and zones. This is a clear, strong but negative message from some political leaders especially from the South West zone that Nigerian women do not matter.

Regarding the general belief that women are not pushed forward in the conservative north as much as they are visible and vocal in the south, doesn’t this list which has preponderance of women from the north, lend credence to allegations of domination by a particular region of the country?

We must begin to question stereotypes. Seems some have mastered the art of talking while orders are mastering actions. We must commend the governors and leaders of the zones who recommended their women. They have walked the talk and not paying lip service.

We should ask why the Southwest have shortchanged their women. They are setting us back. They can at least take a cue from Lagos State Government who has nominated eight women as commissioners and redeem our image.

Your WFM has been on the ascendancy. In what ways would you say it has aided the cause of women and womanhood?

We set out to develop women and today we continue in our humble little strides using Women Radio platform to amplify the Voices of Women and push for The Woman Agenda. We are unapologetically female and will continue to champion the development of Nigerian Women.

What do you think women can do to ensure they have a better outing in 2023?

Work must start now! We must take our message directly to the people while also increasing the level of dialogue with political leaders to be deliberate in their will to implement the 35% affirmative action across political parties. Only the leaders can make this happen. Once there is political will on the part of the political party leadership, we will see the gradual implementation become a reality.

What are the challenges and where do you hope to be in five years?

Funding interventions to be able to sustain our space. In five years, we hope to localise Women Radio in the six political zones.

If I were the minister of power, I would be technology agnostic —Chisom Okoye,…

My art is my channel for self-expression —Hannah Bassey, art therapist and founder…

I hear about sexual abuse through my project with young girls —Ronke Giwa-Onafuwa,…