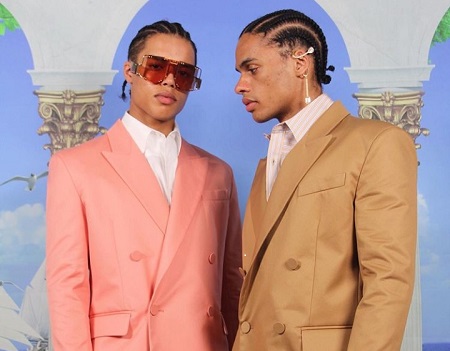 News Agency of Nigeria (NAN) reports that on May 10, Rihanna became the first woman to launch an original brand at the LVMH luxury goods collective, which is home to Givenchy, Dior and Louis Vuitton.

As the Fenty Maison brand prepares for a global launch, the brand has been releasing a series of sartorial images, some of which were shot by Ossai.

Giving a background to the choice of photographers on the team, LVMH chairman, Bernard Arnault said “to support Rihanna to start up the Fenty Maison, we have built a talented and multicultural team…” which Ossai is a member.

NAN reports that Ossai has an incredibly unique photography style, comprising of animated backdrops and textured mats for her distinctive sets, which have now appeared on Fenty’s Instagram story, as they tease their upcoming campaign.

On her part, she reposted some of the pictures on her Instagram page @ruthossaistudio with the caption, “Big thank you to @angelobaque, Ry, @illjahjah, @Julie and everyone at @fenty team.”

NAN recalls that a recent Fenty campaign video featured a backdrop of CMS, Lagos leading fans to speculate a heavy Nigerian influence in the upcoming collection.