Business News
By Sanya Adejokun with agency report On Oct 18, 2016 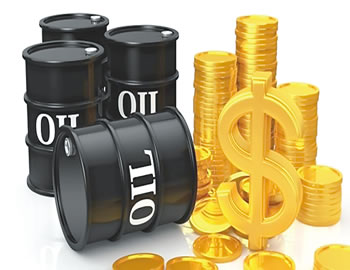 Less than 24 hours after Minister of State for Petroleum Resources, Emmanuel Ibe Kachikwu expressed optimism that oil production would rise to 2.2 million barrels per day by the end of the year, as oil prices on Tuesday climb to $50 per barrel.

Nigeria expects its oil production rate to jump by 22 per cent by the year-end to 2.2 million barrels per day from current levels, its oil minister said on Monday, adding he hoped a force majeure on all its oil fields would be lifted by December or January.

At a meeting with Kachikwu, on a visit India’ soil ministry officials in New Delhi said the Organisation of the Petroleum Exporting Countries, which has agreed to cut world output to rescue prices, has, however allowed a production window of 1.8 million bpd to 2.2 million bpd for recession-hit Nigeria. Kachikwu, who said oil prices would rise from current levels by December, met Indian oil minister Dharmendra Pradhan to discuss expanding energy ties between the two countries.

And signs that oversupply in the global market may be moderating ahead of a November meeting of OPEC producers that aims to curb crude oil output se on Tuesday helped push prices up.

Reuters reported that a proposal by the OPEC to cut or cap output helped lift crude prices above $50, but not much more because market participants doubt the cartel’s ability to strike and implemental concrete deal. Now, several analysts have said a two-year global supply glut that more than halved prices could be receding in any case, if the latest oil inventories are taken into account.

They say stocks are not as high as usual ahead of the winter season. Brent crude LCOc1 rose 46 cents, or 0.8percent, to $52.00 a barrel by 1330 GMT. U.S. West Texas Intermediate (WTI) crude CLc1 was up 53 cents, at $50.47.Analysts at Bernstein Energy pointed to as lower build in global oil inventories.

“Global oil inventories (industry and government) increased by 17 million barrels to 5.618 billion barrels in 3Q16.This is the smallest build since fourth quarter of 2014, confirming that inventory builds are slowing as the market comes back into balance,” it said.

Citi Bank pointed to an overall drop in inventories in the United States, Japan, Singapore and Europe of 35.9 million barrels.

Analysts at Wood Mackenzie have forecast a balanced market by the end of the year. Traders are taking note, with money managers raising their bullish bets on U.S. crude prices to the highest level since the slump started in 2014.

JBC Energy said October tanker fixtures from the Gulf reached a five-year high, which could be due to physical traders buying additional storage before November to offset further price rises should OPEC take effective action.

OPEC meets on November 30 to discuss a cut of about 1 million barrels per day (bpd) from its record 33.6 million bpd September output. OPEC’s secretary general, Mohammed Barkindo said the 14 member countries should be able to strike a deal without too many disagreements.

Contributing to OPEC’s output has been Iran’s rising exports; its October crude exports are set to hold near five-year highs at about 2.56 million bpd, a source with knowledge of its preliminary tanker schedule said.

While there has been focus on the supply side of the global market, concerns remain about demand, particularly in Asia, a pillar of demand growth in recent years.

In China, the trade environment will remain weak for the remainder of 2016, the commerce ministry said on Tuesday and in India, fuel demand fell in September.

Naira on recovery path at all market segments

Why is Bitcoin poker so popular today?