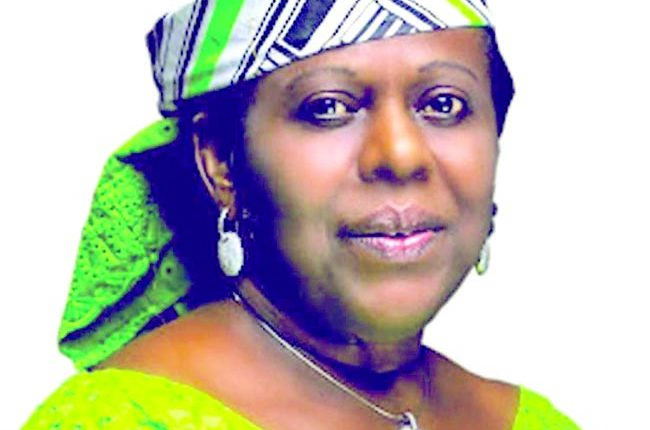 Despite the growing concerns about Nigerian politics of the current time, there is a beautiful history associated with the country in the wake of independence, however short-lived. The advent of ethnic politics and crude partisanship has submerged the outstanding achievements that the founding fathers and mothers of the country recorded. These current trends have not only neutralized all the painstaking efforts of the past heroes and heroines, but it has also put a fracture on the fragile unity of the people in the country.

In my recent interview session with the daughter of a foresighted federalist, the ever-forward-looking Chief Obafemi Awolowo, the erstwhile Premier of the Western Region, Nigeria, I was progressively enlightened about the personal philosophical convictions of the sage. Dr. Tokunbo Awolowo Dosumu, in the course of the interview, enriched the audience with her knowledge of the late sage, gained from close contact with him. Through this educative interaction, it was unveiled that politics, in an administrative sense, has a broad responsibility to cover society’s different spectrums, ranging from managing diverse opinions and interests without being provincially biased. It is more complicated because colonial boundaries in contemporary times have further expanded the political responsibility of every leader, especially in a country like Nigeria.

Although Nigeria is essentially diverse, being one of the countries in the world with multiple cultures, languages, and ethnic identities, its diversity should not become the reason for its relatively recent perpetual defiance of orderliness if the necessary political structures are employed. Political systems such as unitary government, federalism, feudalism, and a host of others are available to suit societies’ sociopolitical conditions according to their formation or expansion. For example, a unitary system of ruling could be well desirable for expressions of human identity that are patrilineal or matrilineal. Such a system of government is mostly unsuitable for people in Nigeria that is of diverse socio-cultural backgrounds. The incompatibility of this political ideology in the country is always manifested by the series of controversies and strives or contradictions that emerge in the Nigerian environment. For Nigeria, the suitability of federalism cannot be oversimplified, and because of the absence of the political culture of federalism, chaos is engendered.

The late Chief Obafemi Awolowo was a nationalist who believed strongly in the ethos of federalism, as he evaluated that the most effective way of moving a multicultural country like Nigeria to an enviable height is the employment of a flexible administrative system, without which would be no progress. Dr. Awolowo Dosumu recalled that Nigeria’s heydays as a country remain in the past when federalism, in its genuine sense, was practiced. During this time, South Korea was not a match for Nigeria in every metric of development conceivable or all indices of progress that can be used. It was when the world cast its hope on the country as the messiah of the Black race, and it was also the same period when ethnic suspicion was less intense in many people’s minds. At that time, Nigerians of Igbo extraction could rise to the peak of their career in the Yoruba world and sometimes take over some political leadership roles. It would be supported by people who shared no ancestral blood with them. A Yoruba person could also attain the zenith of his or her career in the North with absolutely no fear of contradictions or despair of ethnic reprisal. So was a Northern Nigerian in other regions. No wonder these regions developed at an exponential capacity during the period. The intellectual capacity and will to serve were primary, not one’s ethnic affiliation, which has become the crux of contemporary politics in Nigeria. Nigerians of that period could comfortably live with one another and set up their economic activities in places different from their homelands. They would nurse no fear of alienation or risk the consequences of xenophobia that come from suspicion. The absence of this gave everyone the impression that Nigeria was indeed home to everybody, notwithstanding the diversity of their ethnic identity.

Then came a period of the bad, where Nigerians of nationalist posture took a U-turn from their philosophy of development and nation-building. In place of true nationalism, they planted the seeds of division, ethnic superiority, religious competition, and racial prejudices that are now germinating the fruits of discord seen everywhere today. Life in Nigeria in contemporary times is inundated with the experiences of ethnic politics that have so overwhelmed the country that it has created ethnic suspicion where it is unnecessary. It began with the dubious introduction of, or preferably the imposition of, constitutions that do not reflect the plebiscitary decisions. When the overall body of rules and regulations binding on people do not represent their actual voices, it gives room for the promotion of any and every agenda that usually suits the premonitions and predetermination of secluded people. Chief Obafemi Awolowo was careful of Nigeria heading to this possible condition. This accounted for his rejection of anything that did not consider the freedom of Nigerians to express themselves in how they are governed. Once a government dispensation considers decisions without factoring the people’s voice into their plans, such dispensation is unarguably heading to the road of anarchy. Therefore, Nigeria’s problems as a country began when representational democracy became a foregone alternative.

When asked about the fragility of the union of Nigeria that is heightened by the eruption of clashes and ethnic violence that the government tacitly supported by their deafening silence, Dr. Awolowo Dosumu advised that the only road to the retraction of the recent political indiscretion is to consider the very possibility that the country has had the reason to promote ethnic and partisan politics. In other words, Nigeria and Nigerians are required to question this ethnic suspicion because, generally, knowing the basics of a problem would give one the advantage of diagnosing the issues accurately and proffer the necessary solutions to the ravaging challenges. Even though there is some level of similarity, running a country cannot be compared with running a household. More biting is the realization that to run a multicultural and ethnically diverse country requires a more sophisticated political system and ideology. This, therefore, means that once ethnic politics is allowed to thrive in the country, it is an indirect invitation to misgovernance, tensions, contradictions, controversy, and many others, and this, regrettably so, is an indictment of the political class that overrun the affairs of the country. Perhaps because these politicians have their hidden agenda, they would promote mediocrity by showing an aversion to reason and diplomacy. The inputs from seasoned experts and intellectuals would be dismissively discarded because power would not persuade them of quality intellection. As they travel at an accelerated speed in this supposedly wrong trajectory, the country would be nearing disintegration, as chaos and strives would arrest the polity when the politics of ethnicity explodes.

Recent developments in Nigeria are reliable teachers. Nerves are high, anger is coming up at very high levels, and psychological fear is griping the defenseless masses. Some Nigerians have now been tacitly branded as more Nigerians than the others. Dr. Awolowo Dosumu alleges that the very failure to embrace federalism as the foundation of Nigeria’s political system has been why the prevarication that brought about the emergence of consuming challenges is seen across the country today. She demonstrated the knowledge of a political scientist, which she could have possibly earned, courtesy of her public services and the ability to link the current Nigeria’s security woes with the country’s declaration of war against the political philosophy that advocates restructuring. Nigeria is proportionately big and diverse, so much that the refusal to employ a suitable political ideology like federalism could be interpreted as tacit support for the eruption of violence. Perhaps leaders are unaware of this because of their limited political understanding, or because they are consumed by hopeless greed for self-aggrandizement and personal riches. This was not something that Chief Obafemi Awolowo would do. This was nothing that anyone who is discernible enough to understand the intricacies of human nature should do.

Chief Obafemi Awolowo was prescient and foresighted, so he could accomplish what he did in the political domain. The combined years he spent in his political life are superior to what some Nigerian politicians living have spent in power and are still struggling to get into electable offices. And despite the years of participation, they have continuously been dwarfed by the achievements of the great late sage. Many of them struggle today and invoke the political influence that Awolowo built because they have tacitly accepted that their activities and engagements are no match for what the man achieved. Awed by his achievement, a questioner asked what was the reason and motivation of the late sage’s confidence and resolve, to which Dr. Awolowo Dosumu replied that it was because her late father was dedicated to human services and did not renege on his determination to see that people’s welfares were well-catered for.

While the present political representatives associate themselves with people with intellectual deficits, Awolowo scouted for a team filled with forward-looking Nigerians. While the current group of Nigerian leaders take politics as a full-time career, Awolowo dedicated his time to include his works and personal career. While the current politicians steal from the masses, the late Chief Awolowo was desperately giving to the masses―his ideas, his vision, his ethics, among others. Therefore, it was impossible that he would not achieve the feats he did. It is not contestable that the seed of regional competitions would have been planted under such leadership that identified human development and preferred it above personal aggrandizement.

The unpreparedness of the current group of Nigerian leadership is outsourced by the concentration on irrelevant engagement. For example, that the question of ranching for livestock is even debated in contemporary times shows the government as unprepared, so much that people now give unnecessary energy to the issue that does not deserve national attention. It is also because Nigerian leaders are unprepared that the issue of the devolution of policing is also contestable. For, if current global security challenges are not enough to make one consider devolving police force as a security operative, shouldn’t the diverse socio-cultural identities in Nigeria be enough reason for such?

This is a report on the interview conducted with Dr. Tokunbo Awolowo Dosumu on February 21, 2021