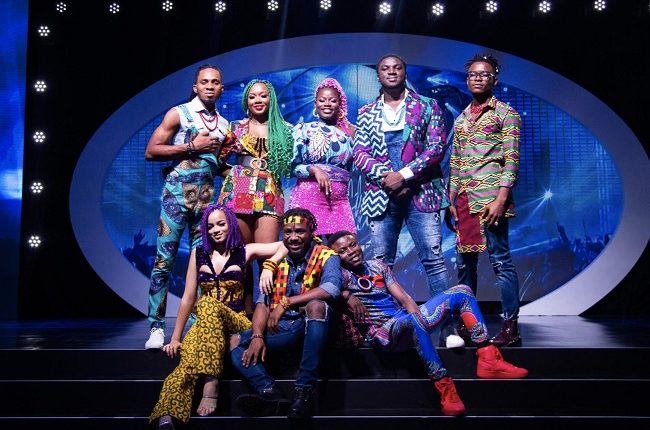 Last Sunday’s live show on Nigerian Idol marked the end of Clinton’s journey in this season’s competition as the other eight contestants – Daniel, Comfort, Faith Jason, Akunna, Francis, Emmanuel, Kingdom and Beyonce – scaled through to the Top 8 stage. The show’s host, IK Osakioduwa, delivered the results with its usual suspense that left Clinton and Beyonce as the last two contestants on stage. Eventually, Beyonce was announced as the last contestant to move on to the next round whilst Clinton bowed out.

The theme of the week was ‘Naija hits’. The top eight contestants performed songs from their selected Nigerian superstars with colourful costumes to match.

First up was Daniel who opened the night with a soulful rendition of Brymo’s ‘Good morning’. His performance was so lively that Seyi Shay commented that he was finally coming out of his shell.

Next was Comfort, who performed Simi’s ‘Duduke’. Her colourful outfit and pink braids coupled with an exciting performance delighted the judges who commented on how far she had come from being shy on her first audition to dominating the stage.

Last night, Faith Jason ditched his folksy tunes for highlife. His rendition of ‘Awele’ by Flavor made Seyi Shay remark that he could do no wrong and Obi Asika agreed that he brought his performance home.

Francis also took on another Flavour song. He sang Ada Ada. According to him, he had performed the song before as a backup singer with a band. But this time, he was ready to shine. DJ Sose was impressed with how he managed to keep his voice distinct.

Emmanuel’s performance of For You by Teni featuring Davido was exhilarating. According to Obi Asika, he was one of the best performers he had seen in or out of the show.

However, not all the contestants wowed the judges. Kingdom’s rendition of Davido’s ‘Aye’ didn’t quite cut it for the judges. They commented that the song choice wasn’t right for him and that this performance was mediocre compared to his previous outings.

Last performance for the night was Beyonce who gave her own spin to Seyi Shay’s classic, ‘Right Now’. Again, the judges were left stunned by her performance. Obi Asika commented that her growth has been phenomenal, and she was proving her doubters wrong. Seyi Shay added that she had never seen the song being performed like that.

At this stage of the competition, the power to determine who stays and who leaves is solely in the hands of the viewers.

In spite of the huge investment in the water sector by the government and international organisations, water scarcity has grown to become a perennial nightmare for residents of Abeokuta, the Ogun State capital. This report x-rays the lives and experiences of residents in getting clean, potable and affordable water amidst the surge of COVID-19 cases in the state…Nigerian Idol recap  Nigerian Idol recap

The Lagos-Ibadan railway was inaugurated recently for a full paid operation by the Nigerian Railway Corporation after about a year of free test-run. Our reporter joined the train to and fro Lagos from Ibadan and tells his experience in this report…Nigerian Idol recap  Nigerian Idol recap