Property and EnvironmentReal Estate
By DAYO AYEYEMI On Oct 27, 2020 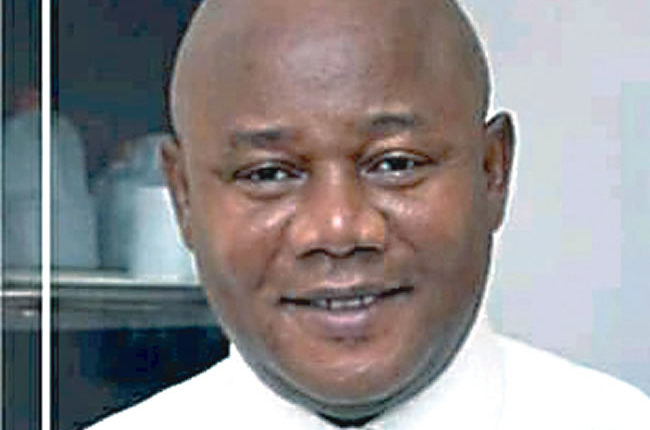 HOW can you describe the Nigerian housing and mortgage sectors?

The Nigerian housing and mortgage sectors are in need of serious interventions. There is an urgent need for a new thinking in the sector. We currently have over 20 million worth of housing deficit to deal with. Access to affordable housing for the poor is seeming like an impossible dream, except for what some institutions like Family Homes Funds are doing. But for us to fix our housing problem we need about a hundred more of Family Homes Funds (FHF).

The sector is supposed to be contributing significantly to Nigeria’s  Gross Domestic Product’s (GDP), but that isn’t the case right now. So it is clear to everyone that we have a real task at hand. There is so much potential in the housing and mortgage sectors. We just need the political will to get things done.

Why is real  affordable housing production is hard to come- by in Nigeria?

The factors are so many. But one of them includes the lack of strong political will to deliver on set targets. We know the economy is struggling and funds are hard to come by, but the little funds we have are not even being well managed. If funds are used appropriately for what they are meant for, then we can begin to measure our progress. So the lack of political will to achieve what is necessary has been a major setback for affordable housing production in Nigeria.

We also have the problem of stakeholders working in silos. We are not collaborating enough. The only way to solve our housing problem is for stakeholders to pool together, exchange ideas and work together on projects. One person cannot do it all. Strategic collaboration is very important.

We also have the issue of developers focusing on luxury housing. But there is enough market for affordable housing. The focus on luxury housing is why we have so many empty houses in most high end areas of our major cities. Meanwhile, the majority of our people have to put up in slums and shanties where the standard of living is appalling. With a good arrangement and collaboration with housing corporations, developers can identify the kind of houses that are affordable and can be built for millions of off-takers. If everybody wants to build for Dangote, who is going to build for the civil servants, the plumbers and farmers?

There is also the issue of high interest rates. I believe the CBN is currently working something out, but it has to be as urgent as possible. The current interest rates are too high. This will always make affordable housing impossibility. We need a single digit interest rate in Nigeria. This is possible, especially because housing is a critical sector that requires special government interventions. Also, this will make the environment friendlier for interested investors.

There are other problems like the lack of data, finance and regulation. We can spend a whole day listing the problems but we just need those in positions of authority to become more responsible and live up to their duties today.

How can the  cost of constructing houses be reduced?

To reduce the cost of housing we need to do a number of things. I have already mentioned some of them. We need to reduce the current interest rate to a single digit. We need stakeholders to collaborate more. It will be cheaper for two people to build a house than for one person to build it. So if we have more stakeholders working together, we can have more affordable houses. We need to rely more on local materials. Family Homes Funds for example is currently partnering with the local industry to produce more local building materials. But generally, the government needs to support this local industry to produce more building materials. This will greatly reduce the cost of importation and transportation. We need to be self-reliant in this regard. We need local ideas to solve local problems. And that is where innovation comes in. And that is why the theme of AIHS we held in July focused on innovative ways to finance housing development. Reducing the cost of housing will take a combination policies, decisions and actions. Government needs to match words with action. Their will should be unrelenting. They should make it easier for the private sector to come in through a Public-Private Partnership (PPP) program. The government cannot do it alone, and shouldn’t even in any way be involved in direct construction. It is the responsibility of the private sector to build, while the government provides an enabling environment for that to happen.