OpinionsVIEWS
By Kingsley Alumona On Feb 8, 2020 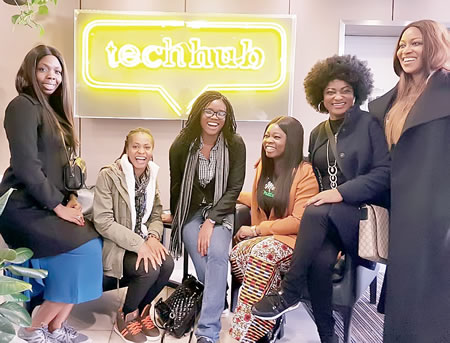 The recently concluded 2020 UK-Africa Investment Summit attracted prominent British and African leaders and business executives. One of the countries represented was Nigeria. President Muhammadu Buhari and his entourage were in attendance, as well as some Nigerian female entrepreneurs who, last December, prior to the summit, won the African-UK Female Tech Founders 2020 Award for their innovative contributions in leveraging digital skills for inclusive and sustainable economic growth across Africa. It was based on this feat that these women were sponsored as delegations to the United Kingdom to attend the summit by Her Majesty’s government.

Appreciating female entrepreneurs and their works, and correcting gender imbalance, according to Alok Sharma, UK’s Secretary of State for International Development, would be high on the agenda at the summit. “Businesses led by women will be the key to boosting Africa’s economic potential,” he said.

It is encouraging to see these women shattering stereotypes and tackling perennial challenges that have hampered Nigeria from attaining her place in the global economy, especially at a time when the country, despite Buhari’s anti-corruption mantra, has found herself in the spotlight as one of the most corrupt country in the world, ranking 146 out of 180 according to Transparency International. This has shown that fighting corruption, as good as it sounds, is not what leadership, governance and innovation are about.

It is intriguing to see photo splashes of the president beaming at a photo-op with the UK-based Nigerian boxer, Anthony Joshua, while in the UK to attend the investment summit. Many opined that Anthony Joshua was not recognised and appreciated while he was in Nigeria neither was the Nigerian government responsible for his sterling feat in boxing. But Buhari was quick to identify with him because he is already made in the UK.

It is surprising that Buhari did not have the same photo-op with the Nigerian female entrepreneurs who were among those at the forefront of the summit when Kenyan and South African governments organised welcome dinners for their women who won the same award. In fact, the president of Kenya was said to have met with their female winners.

When journalists asked some of these women how they felt about the insensitivity of the president towards them, they expressed their appreciation to the UK government for the privilege accorded them to participate in the summit and for all the massive media coverage that was done to promote their businesses and shine light on their work. They appreciated the shout-out to them by Nigeria’s Dr Ngozi Okonjo-Iwaela, the former Minister of Finance and Chairman Global Alliance for Vaccines and Immunization (GAVI), during the closing session and for her encouraging words.

They pointed out that the current Minister of Trade and Investment, Otunba Adeniyi Adebayo, met with them after the summit in a dinner organised by the programme sponsor, the Department of International Trade of the UK government and promised to provide support and visibility for them.

“But it would’ve been more encouraging to see more support from the president and we look forward to it,” one of them added.

Alok Sharma stated that the UK-African investment summit was an opportunity for the UK to boost international trade post-Brexit—a sign of how important the UK government views strengthening trade links with countries outside Europe. The summit was also aimed at providing the UK with opportunities to make contact with businesses in Africa—a continent whose economic growth, according to the International Monetary Fund (IMF), predicts to be 3.8 per cent this year compared to Europe’s modest 1.7 per cent.

Furthermore, according to a management consulting firm McKinsey, increasing economic opportunities and empowering female workforce could add 12 trillion dollars to the value of global economy by 2025. One hopes Buhari and his government are listening to this important economic forecast and are not instead obsessed with 2023 elections.

“When women are economically empowered, their whole community benefits,” Sharma said. “Africa’s full potential can only be realised if the energy and ideas of the whole population are unleashed.”

In its official statement on the outcome of the summit, the UK said the deals signed with African countries span various sectors including trade, infrastructure, energy, retail and technology.

This entails significantly uplifting work on women’s economic empowerment, expanding the Work and Opportunities for Women programme across Africa which works with businesses to improve economic opportunities and outcomes for women in their supply chains, and expanding the SheTrades programme by supporting female entrepreneurs to access trading opportunities in Ghana, Nigeria, and Kenya.

One of the women told me that even though they did not formally meet with President Buhari at the summit, it was rewarding; that they had opportunities to network, speak to investors and to prospective clients.

Technology has the potential to transform lives across every sector: healthcare, agriculture, finance, transport, energy, etc. It is crucial for the advancement of any economy and it is vital that Nigerian government keys into the zeal and passion of Nigerian growing entrepreneur ecosystem as many forward-thinking governments are doing—for example, Rwanda, and Kenya—before it is too late. Nigeria might have probably missed out from the 1st, 2nd and 3rd Industrial revolutions. The 4th Industrial Revolution is here. It would be tragic to miss it again.