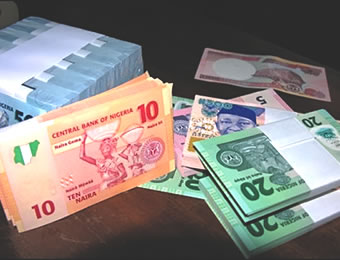 THE present poor value of the naira has become an albatross on every aspect of our economy and national life. The revaluation of the naira is therefore fundamental to any meaningful economic reform. Otherwise we are deceiving ourselves.  The Nigerian government started the devaluation of the naira in 1986 under Babangida’s Structural Adjustment Program (SAP) following the recommendation of the International Monetary Fund, IMF, and the World Bank to devalue the Naira which they claimed was overvalued. The SAP and other policy interventions in Nigeriahad never improved the value of the naira since 1986. On the contrary, the exchange rate continued to increase under subsequent Federal Government regimes.  I criticised the continuous dollar auction and devaluation of the Naira under Babangida’s regime through the print media in 1992. Government was advised then to stop the dollar auction and promote the importation of modern technology to improve productive sectors of our economy.

President Obasanjo was advised in 1999 by my humble self and possibly other well-meaning Nigerians to print 100, 200, 500, and 1000 naira notes in order to reduce the bulkiness of the then lower currency note denominations, following the steady devaluation of the naira since 1986. Even then, government was advised to stabilise the exchange rate, to avoid further depreciation of the value of the naira.  Under the Ebele Jonathan presidency, the then Minister of Finance, Dr. Ngozi Okonjo-Iweala, aggressively promoted her theory of demand and supply for the limited dollar earnings of government from crude oil. The open-ended dollar auction policy of Dr. Okonjo-Iweala for the Nigeria’s monolithic economy exacerbated the free fall and devaluation of the naira. While the demand and supply theory works for competitive economies of Europe and America, it cannot work for an emerging economy like Nigeria that needs protection policies that advanced countries with strong economies may not need. At the end of that tenure, one dollar exchanged for over two hundred naira.

The alleged widespread corruption and massive stealing during the tenure of President  Jonathan that was uncovered by the Buhari presidency created economic recession and another free fall of the naira which now appears to stabilise to a ridiculous exchange rate of N360 to a dollar. When government takes advantage of the public servants by not reviewing salaries after one or several currency devaluation as it happened between 1986 and 1999 until President Obasanjo reviewed wages in 1999, it will lead to more inflation. By the time government eventually responds to the cries of labour unions, the price of goods and services will sky rocket again because the market cartels would want their own share of the so-called new wages. The protracted delay of government in responding to public agitations for wage review is one major source of discontent of Nigerians with their government in view of the severe poverty in the country. Those who are close to government should always give good and timely advice if they want that government to succeed.

Impact of 22 years of continuous devaluation

Our best graduates, doctors, engineers, lecturers and professors continue to migrate to other countries due to poor wages and almost worthless pension savings with devalued currency because they can earn ten years salary in Nigeria in just one year and make thirty five years pension savings in just two years in well managed economies? The poor wages of Nigerian workers due to poor value of our currency have brought severe hardship to the middle income class and businesses. The prices of food, other goods and services by have soared by hundred percent. Increase in crime rates such as armed robbery, drug abuse and internet fraud. Trafficking of our youth to Middle East, Europe and Asia  where our young girls are used as sex slaves.  Increase in death rate and reduction in average life expectancy.

Could the above glaring failure and negative consequences of currency devaluation be the motive behind the urge to continue the devaluation of the naira? The ugly trends enumerated above indicate that the managers of Nigeria’s economy lacked competence, patriotism and foresight when stealing, corruption and economic mismanagement were allowed to continue in one form or the other. Government improvement indices in foreign savings, development of infrastructure, better GDP etc have not translated to noticeable positive impact on the welfare of our impoverished masses; youths, jobless graduates, and poorly paid public servants including the lecturers in our higher Institutions. The accomplishment of President Buhari in retrieving monies stolen from our common wealth and effort of government on diversification of economy toward increased agricultural production have not reached many poor farmers as well as the common man on the street who constitute about 95 percent of the Nigerian population. The bad lending policies of banks that collect 28 percent interest on loans has stagnated economic growth. The collaterals demanded by banks for small and medium scale enterprises also restrict the availability of such loans to those who are already wealthy through their participation in governance or government contracts awards.

My proposal for the revaluation of our currency

As it is often said; drastic problems need drastic solutions. The only logical way Nigeria’s government can reinstate the naira to its glorious days is for government to denominate the currency in Kobo rather than naira. That is the 100, 200, 500, and 1000 naira notes should now be printed as 100, 200, 500 and 1000 kobo notes and spent as equivalents of the 100, 200, 500 and 1000 naira. Both denominations can be spent as equivalents until the naira notes naturally go out of circulation. This intervention will make a dollar to exchange for 360 kobo or three naira and sixty kobo. The currency can be redenominated in Naira in about ten years if only the managers of the economy stop the steady devaluation of our currency. Government needs this drastic intervention to uplift our currency. Nigerian workers must also be paid reasonable salaries.