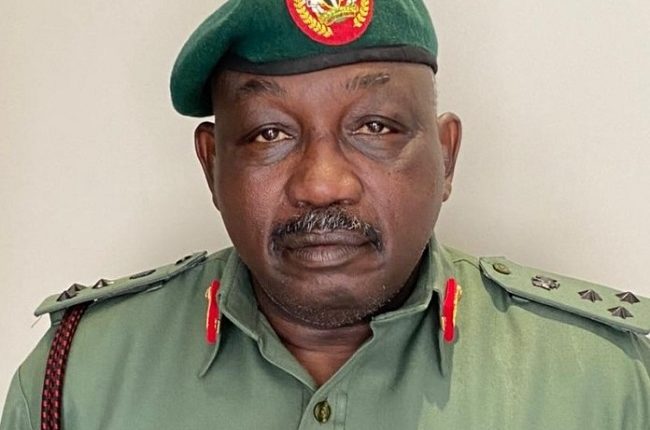 Brigadier General Mohammed M. Yerima has been appointed as the new spokesperson of the Nigerian Army.

Yerima replaced Brigadier General Sagir Musa who had served as Army spokesperson in the past two years.

Tribune Online gathered that Yerima’s deployment was among the first appointments approved by the new Chief of Army Staff, Major General Ibrahim Attahiru.

A graduate of political science from Ahmadu Bello University, Yerima enrolled into the Nigerian Army in October 1989 and commissioned into the corps of Army Public Relations.

A Fellow of West Africa Society for Administration and Communication and was onetime Chairman of Media and Information Committee on Emergency Management (MICEM).

He also attended Senior Leadership Course at the Sheringham United Kingdom and undertook a US-Embassy funded Media tour of Africom in Studgarf Germany.

However, Nigeria recorded fewer COVID-19 infections and deaths when compared to the previous week. It also recorded increased recoveries during the same period…Nigerian Army appoints Mohammed Yerima as spokesperson

How Video Chat Sites Are Making A Quarantine Comeback?