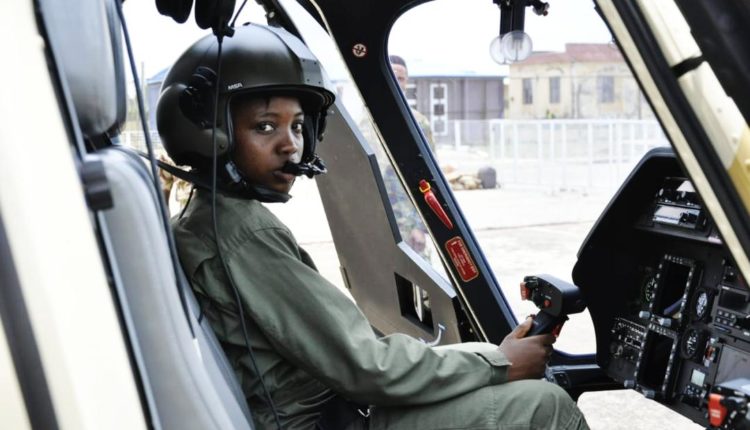 Her death was announced on Wednesday morning by the Nigerian Air force. 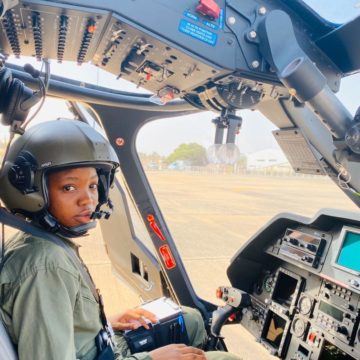 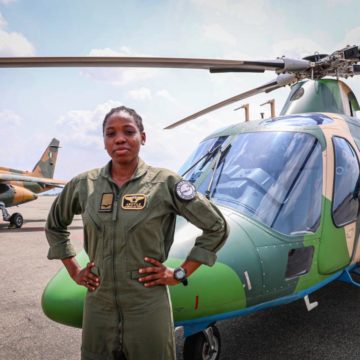 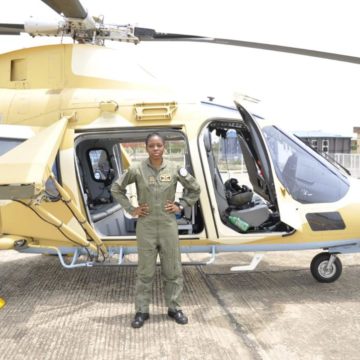 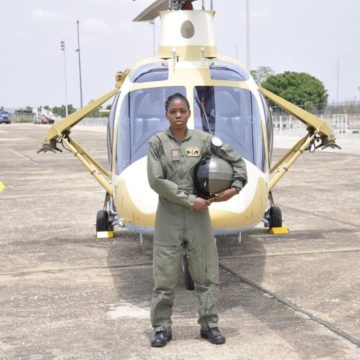 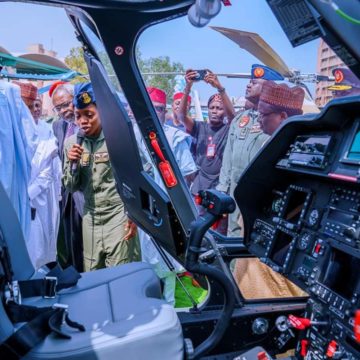 Miss Arotile was commissioned as a member of the 64 Regular Course of the Nigerian Air Force in September, 2017 and was in 2019 decorated as the first-ever female fighter pilot by the Chief of Air Staff, Air Marshal Abubakar Sadique. She was a flying officer in the Air Force.

According to a statement by the Nigerian Air Force on its Twitter handle @NigAirForce on Wednesday morning, Miss Arotile died as a result of head injuries she sustained during the accident which occurred in the evening of Tuesday, July 14.

According to the statement: “It is with great sorrow that the @NigAirForce regretfully announces the unfortunate demise of Flying Officer Tolulope Arotile, who died on Tuesday, 14 July 2020, as a result of head injuries sustained from a road traffic accident at NAF Base Kaduna.

“Until her death, Flying Officer Arotile, who was commissioned into the NAF in September 2017 as a member of @HQ_NDA RC 64, was the first ever female combat helicopter pilot in the service.

“During her short but impactful stay in the service, late Arotile contributed significantly to the efforts to rid the North-Central states of armed bandits and other criminal elements by flying several combat missions under Operation GAMA AIKI in Minna, Niger State.

The Chief of Air Staff, Air Marshal Abubakar Sadiqque, on behalf officers, airmen, airwomen and civilian staff of the NAF, commiserates with the family of late Flying Officer Arotile over this irreparable loss. We pray that the Almighty God grants her soul eternal rest.”

All Nigerians Should Get Tested For COVID-19  – PTF
The Presidential Task Force on COVID-19 has recommended testing of all Nigerians as a way to track the prevalence of coronavirus infection and understand how to tackle it… Read Full Story
Staff Retrenchment: NDDC IMC Snubs Senate Panel
The cold war between the Interim Management Committee (IMC) of the Niger Delta Development Commission (NDDC) and the Senate Committee on Niger Delta Affairs took a new twist on Monday as the management of the Federal government intervention agency declined appearance before the latter… Read Full Story
We’ll Rid Oyo State Of ‘One Million Boys,’ Other Nuisances ? Operation Burst DG
He said a sporadic shootout with the One Million Boys gang occurred when men of Operation Burst moved in to rescue the victim who was kidnapped by the gang and kept in an abandoned building in the area… Read Full Story
75 Groups Condemn NBMA’s Plan To Release Genetically Engineered Mosquitoes In Nigeria
Over 75 concerned civil society organisations and environment groups in Nigeria and outside have condemned the plans to introduce Genetically Modified mosquitoes into Nigeria… Read Full Story
COVID-19: Osun Govt Eases Lockdown In 4 LGAs
The Osun government has approved easing of lockdown imposed on four local government areas in the state to contain the spread of coronavirus… Read Full Story