Nigeria@59: Nigeria will be sitting on time bomb, if… NLC President warns 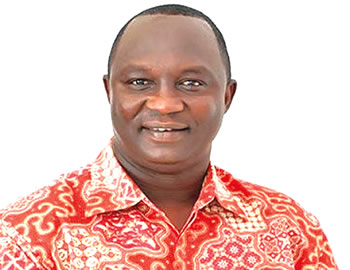 The President of Nigeria Labour Congress (NLC), Comrade Ayuba Wabba has warned that Nigeria will be sitting on a time bomb, if it failed to address the issues of under-development, inequality, high-level unemployment of the Nigerian youthful population, fix the problem of power generation and give incentives to enable both public and private industries to thrive.

Speaking to Tribune  Online in an exclusive interview on the Independence Day celebration, Comrade Wabba regretted that many manufacturing industries that heralded Nigeria independence and provided decent jobs for Nigerians till the 1980s have been closed down.

He strongly lamented the space Nigeria development, level of inequality in the country and high-level unemployment of the Nigerian youthful population.

According to Wabba, the concerns of the workers is like that of any other Nigerians, ranging from poverty, unemployment, injustice, high-level of inequality, lack of adequate security for the people and poor welfare.

The NLC President said: “Today, we can count industries that are still standing. Therefore, we must create an opportunity for those industries to thrive, we must provide incentive to them, if the cost of power is still high they cannot compete, most of them will close down. If they have to substitute the power rate with their generators, the cost of production will be high and many of them have cried.

“So, we have to look at this issue and fix the power, dedicate power to them, give incentives for those companies to come in and then our country will prosper because without this then we are sitting on a time bomb.”

He stated further: “Anywhere in the world where we have a youthful population (age between 18-35), they are the majority of the population. So, we must cater for them for us to have a prosperous nation, for us to have peace and stability and for us to have development.

“Without peace, there cannot be development, so those are the critical issues that are important. We must find ways of creating jobs for our millions and millions of youth and other Nigerians.”

He further highlighted the concerns of Nigeria workers as the country celebrates her 59 years of independence.

The NLC President said: “The concern of Nigeria workers is like any other Nigerian. It is the space of development and level of inequality and lack of jobs. That is the most important thing because the primary purpose of governance and the sovereignty of every country is the security and most importantly the welfare of the people.”

He pointed out that if the welfare of the people is not taken care of, then there is a serious challenge, and should be a major concern.

He added: “Youth should be able to be employed, there should be opportunity for youth to be employed. Today hundreds and hundreds of youths are chunked out of universities and other training institutions and they are roaming the streets, they cannot be able to find something to do.”

However, he stated that these problems, especially the issue of under-development, lack of jobs and welfare of Nigerians can be fixed if they are accorded major priority by the government.

He said: “That is a major priority and that can only be fixed if we have critical infrastructure fixed, particularly the issue of power and we have industries actually producing because government alone cannot provide those jobs.”

He pointed out further that in many countries of the world, the main employer of labour is the organised private sector, the manufacturing industries, and not the government as the case in Nigeria.