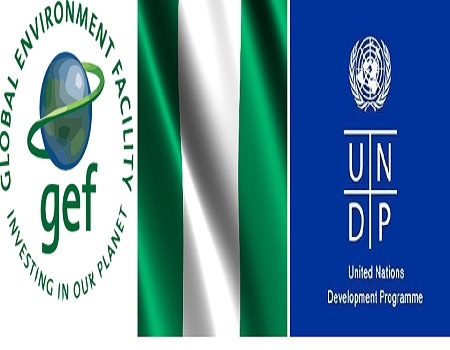 THE United Nation Development Programme (UNDP), Global Environmental Facility (GEF) in collaboration with the Federal Government and 7 state governments have set aside $58 million to Integrated Approach Programme for value chain development which targets at Food Security (IAP-FS) project in Nigeria.

He said that the IAP-FS project which is a continuation of other developmental programmes in Agriculture is aimed at building greater community resilience to solid agricultural financing and marketing in Nigeria.

Abubakar noted that IAP-FS project which started in 2018 is being funded with $8 million from UNDP, GEF with the counterpart fund of $50 million from both Federal Government and seven participating states.

According to him “this programme is implemented in 12 countries but not all are implemented by UNDP, some by IFAD, FAO and other United Nation Agencies.

Abubakar reminded the stakeholders that Northern Nigeria before was proud of groundnut pyramid, he added that with the vision of this country, the Government want to really stop the importation of rice.

“We have to make effort to see that we are producing rice and groundnut to the best of our ability and advice farmers on other crops.

“So by 2022, we will start to look at what we have done and what are the impacts we have created.

“I want to tell you as at now, based on the sensitisation we have done, people have adopted some of the acclaimed production methods that have been brought by this project.

“We believe at the end of the season, we will see that the yield has increased and people are happy as well,’’ he said.

On his part, Mr Oladipo Osibo, Programme Manager, Environment Unit for UNDP, said that UNDP is the one actually assisted Nigeria Government to secure farms for the group.

He said UNDP role is to play an oversight function and to make sure that the farming in Nigeria actually using in the proper way.

“We hope that at the end of the programme, adequate and relevant decisions would be achieved and the country can also move forward.”

Garba said the aim of the summit was to bring stakeholders together to think of youth and women and also do the affordable implementation for them.

She said: “We want the policy that will make them get a loan for those small things they are doing and fit in the system.”