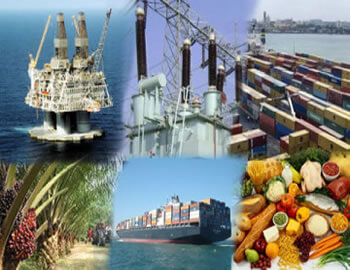 ARI, the Indian partners of the Maritime Academy of Nigeria (MAN) has assured the academy that the first multi-functional classroom simulator which contains softwares like the ECDIS, GMDSS, APAR RADARM high voltage training software, Rules Of The Road, DP, Pilotage and Blind Pilotage all integrated into it, would arrive Nigeria by end of September 2020.

Disclosing this in a brief made available to newsmen recently, the Rector of MAN, Commodore Duja Effedua (rtd) explained that the current management has been able to upgrade the academy’s equipment by acquiring three state-of-the-art simulators, namely the Full Mission Bridge Simulator, the Full Mission Engine Room Simulator and the Multi-functional Classroom Simulator which is the latest in marine training simulators and can sit up to 30 cadets in a work station.

According to Duja Effedua, who has a year left on his four years tenure as MAN Rector, “The multi-functional class room has the ECDIS, GMDSS, APAR RADARM high voltage training software, Rules Of The Road, DP, Pilotage and Blind Pilotage and the DP integrated in it. It is pertinent to state that the academy is the only institution in Africa that has the Multifunctional Classroom. On September 3, 2020, our partners, the ARI of India assured us that all the Simulators will be in Nigeria by the end of September 2020 as soon as the embargo on international flights gets relaxed.

“In order to avoid the mistakes of the past, the academy has trained 15 of its ICT staff as both users and maintainers at the manufacturer’s facilities in India. The ICT team was fully involved in the training as they can now assemble, dismantle as well as carry out repairs on the simulators. The academy will therefore not need to fall back to the manufacturers for maintenance.”

In the area of training, the Rector stated that, “Apart from cadets training, the Academy is also involved in the retraining/training of staff of the maritime industry.  From January 2018 to March 2020, before the national lockdown, a total of 8,508 seafarers including participants for Certificate of Competence were successfully trained.  The breakdown of the number of seafarers trained is as follows: Number of Certificate of Competence participants is 1,707; while number of Mandatory Short Courses participants stands at 6,801.

“The Management has been able to buy publications and provide training materials such as free laptops for cadets. The classrooms are now smart class rooms equipped with smart boards and other electronic teaching aids, all air-conditioned.  Our hostels are now en-suite.”