Nigeria to exit dependence on oil revenue in 10 years ― Awolowo 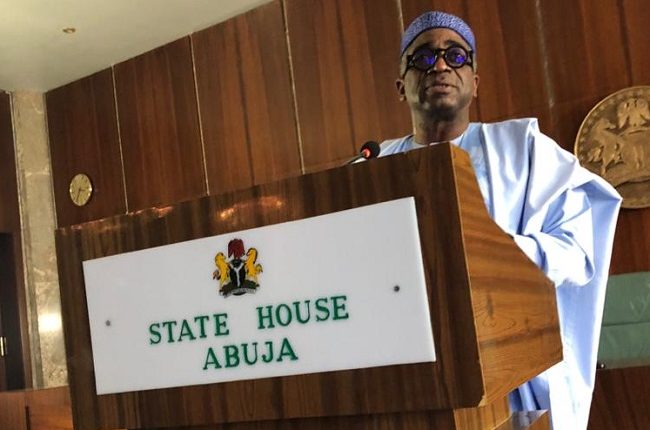 The Executive Director/CEO of the Nigerian Export Promotion Council (NEPC), Mr Segun Awolowo, has assured that given the steps being taken to improve the non-oil exports, Nigeria will exit its dependence on crude oil revenue in 10 years.

He made the declaration while briefing correspondents after a meeting with President Muhammadu Buhari at the presidential villa, Abuja on Friday.

The NEPC boss said in the next decade, Nigeria can get $30 billion in terms of non-oil export notwithstanding the effect of the current COVID-19 pandemic.

He added: “But more importantly, we must just continue, we must increase production and productivity all across the two sectors that the zero oil plan is postulating for the country and then we get out of it.

“We cannot run an economy that 90 per cent of our earnings is from crude oil. It is just not working and that is what we are seeing throughout the years when we went into the first recession when the world oil prices stood worldwide.”

“So ten years time frame we are looking at to get to $30 billion but we must be consistent, we must invest more in the non-oil sector than looking for oil.”

Acknowledging the president’s support to NEPC and the non-oil export sector, he recalled that the non-oil exports sector was experiencing challenges, especially with the basic incentive, the Export Expansion Grant (EEG) being suspended, with over N350 billion in unpaid EEG claims.

He added: “The situation had dire effects on exporters, some shut down plants, some laid-off people thereby increasing the numbers of unemployed population. Mr President rescued the situation with his approval of the new EEG scheme.”

On the implementation of the Zero Oil Plan, the NEPC boss affirmed that it has received enormous support and buy-in even as it is integrated in the Economic Recovery and Growth Plan, adding that the National Economic Council has set up a National Committee on Exports to drive it.

“We have seen a return to a positive GDP growth in last quarter of 2020. We have now seen strong recoveries in Agriculture (growth of 3.4%) and Services, and those sectors put a lid on 2020 declines.

“We have achieved a lot, but we continue to get requests from all the States for Export programmes. And these initiatives touch the grassroots, women, youths, creates hundreds of thousands of jobs.”

Outlining the improvements achieved in non-oil export products and jobs created across the country, he said: “Even for what we are doing there now on this, we need to scale it up, and take it to more States,

It is projects like these that we need to truly become an ‘Export Nation’.

“We are also positioning to take advantage of the great potentials of the global services sector, in that regard, we are working with the newly created Ministry of Communication and Digital Economy to achieve export inclusion for youths.

“NEPC has begun the implementation of the Export Expansion Facility Programme (EEFP). It is a phenomenal commitment by the Federal Government to non-oil exports and the first of its kind in Nigeria’s history.

“The EEFP will create jobs, employ women and youths. We will make sure the money gets to our exporting companies that really need it and expand the space for participation in non-oil exports by engaging in the entire eco-system including value chains. The money will not be concentrated in a few hands. We are moving from #Pandemic2Prosperity.”

He observed that the biggest surprise has been Nigeria’s swift recovery from the recession in Q4 of 2020 and congratulated the president for his effort.

“In a now less predictable, less reliable and less generous world, he has definitely demonstrated with his leadership that we are able to build a resilient economy that can absorb all global shocks, whatever they may be, known and unknown,” Awolowo stated.