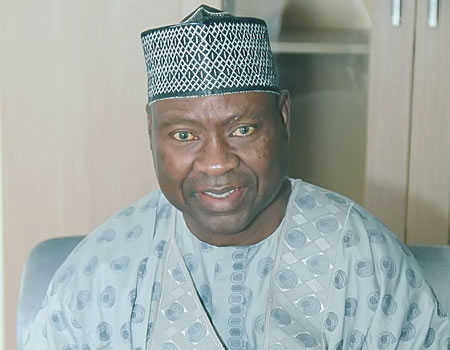 The Director-General, Industrial Training Fund (ITF) Sir, Joseph Ari has stated that Nigeria is lagging behind in current tourism rankings but added that forecasts suggested that by 2028, the country would be earning about 12bn from the tourism industry that would create over 100 million jobs.

Sir Ari who stated this at the opening ceremony of Jos 2019 Trade Fair on Monday said in the event of this happening, Plateau State will be the greatest beneficiary in view of its comparative advantage – clement weather, absorbing rock formations, magnificent waterfalls and other tourist landmarks that have made Plateau State the Home of Peace and Tourism.

“However, for tourism to thrive in Plateau, the citizens must equally be skilled in some of the trades like travel agency, hospitality management, tour guides, catering and event management, leisure activity coordination and, concierge amongst others that attract tourism.

He said Industrial Training Fund has identified the huge potentials in the tourism sector hence why it plans to establish a training institute in tourism and hospitality management in Lagos adding that the Fund has equally identified tourism under the services sector as one industry with the greatest potential for job and wealth creation and willing to collaborate with the Plateau State Government to train citizens of the state to tap into this emerging and richly potential sector.

He commended President Muhammadu Buhari administration for its policy of economic diversification and its stance on skills acquisition as the only sustainable solution to poverty and unemployment in Nigeria and appealed to the Plateau State Government to buy into Federal Government policies, particularly with emphasis on Presidential Executive Order No 001 on the ease of doing business, which harps on transparency and improving the business environment in the country.

“It contains far-reaching initiatives, which if fully domesticated and implanted, will ensure easier access to information, processes and documentation, as well as promote efficiency in public service delivery.
In saying this, I will also once again commend Rt. Hon. Barr. Simon Bako Lalong, Captain of the Rescue Administration for his relentless and committed efforts towards ensuring peace in Plateau State since 2015.

“Without peace, events such as this will not take place. In this regard, I wish to appeal to the good people of Plateau State to embrace the tireless efforts of the State Government to restore peace in the State. Until we agree to live peacefully with one another as advocated by the Holy Books- the Bible and the Koran- the best efforts of Government to turn Plateau state into a preferred destination and a state of choice for all tourists in Nigeria will be a mirage” he said.