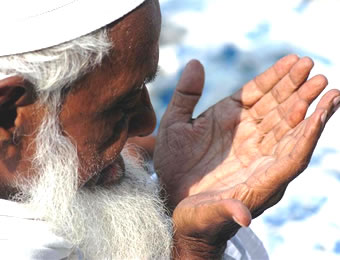 SAUDI Arabia, Qatar and the United Arab Emirates (UAE) have announced that Eid el-Fitri in the countries will be celebrated tomorrow.

Authorities, according to Al Jazeera, made the announcement on Monday evening, after failing to sight the moon that marks the start of the three-day festival.

The starting day varies every year and from country to country, depending on geographical location.

The development meant that today is the last day of the holy month of Ramadan.

Accordingly, Eid el Fitr would be marked in the Kingdom tomorrow.

In a message posted on Twitter, Dubai Media Office said today would be the last day of the holy month of Ramadan and, therefore, the country will mark Eid-el Fitri tomorrow.

In a statement released on Monday evening, the Ministry of Awqaf and Islamic Affairs (Awqaf) in Qatar said Eid-el Fitr in the country would begin tomorrow.

“The announcement comes after the High Judiciary Council in Saudi Arabia said no new moon could be seen tonight,” Doha news reported.

Elsewhere in the world, Majlis Ugama Islam Singapore, on Monday, announced that Muslims in Singapore would celebrate Eid-el Fitr tomorrow.

The announcement was made after no confirmed report of moon sighting received from any part of the country.

“According to astronomical calculations, the crescent for the month of Syawal did not appear during sunset today as it has set earlier than the sun. This signifies that tomorrow will be the end of 30 days of Ramadan.

“As such, I am pleased to declare that the first day of Syawal for the year 1437 Hijrah falls on Wednesday, July 6, 2016,” Dr Mohamed Fatris Bakaram Mufti, Republic of Singapore said in a statement.

Singapore, Japan, New Zealand and Australia are among the first countries where sun sets earlier than other places in the world.

Indonesia’s ministry of religious affairs ruled on Monday that Muslims would celebrate Eid-el Fitr tomorrow, after receiving a report that the new moon is still not visible over the entire country.

Minister Lukman Hakim Saifuddin said for some of the observers — situated at 90 points around the country — the new moon had still not been sighted (known locally as ru’yah).

The beginning and end of Ramadan has traditionally been based on “hilal” sightings, which is the method mentioned in the Holy Quran and followed by the Prophet Muhammad.

Since United States, United Kingdom, Canada and European countries normally rely on moon announcements by Saudi Arabia, Muslims in the countries will celebrate Eid-el Fitr along with their counterparts in Arab states.