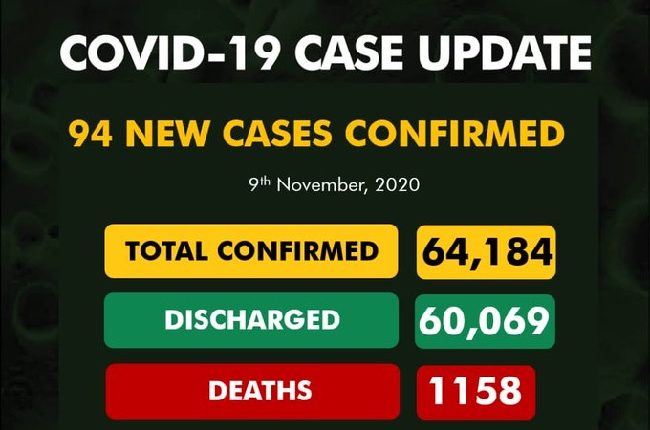 The Nigeria Centre for Disease Control (NCDC) announced that the country has recorded 94 new cases of COVID-19, bringing the total number of infections in Nigeria to 64,184.

The NCDC disclosed this on its verified Twitter handle on Mondaynight.

“On the 9th of November 2020, 94 new confirmed cases and 4 deaths were recorded in Nigeria.