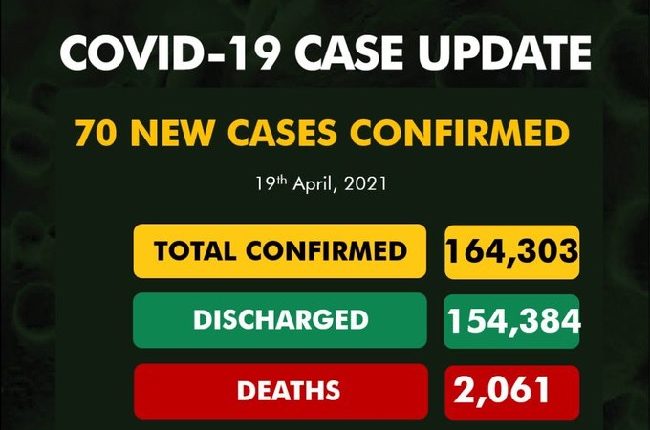 The Nigeria Centre for Disease Control (NCDC) has recorded 70 new cases of COVID-19, bringing the total number of infections in the country to 164,303.

The 624 new cases reported between March 28 and April 3 is a reduction from the 849 recorded the previous week…Nigeria records 70 new COVID-19 infections, total now 164,303

At about 25 minutes, the train slowed down at the uncompleted Omi-Adio terminal, a village on the Abeokuta/Ibadan expressway; it’s a stone throw from Apata in Ibadan. Conveyance of passengers from there and other terminals has not kickstarted as the terminals are still under construction and workers were found there…Nigeria records 70 new COVID-19 infections, total now 164,303

JUSUN strike: When and why lawyers revolt