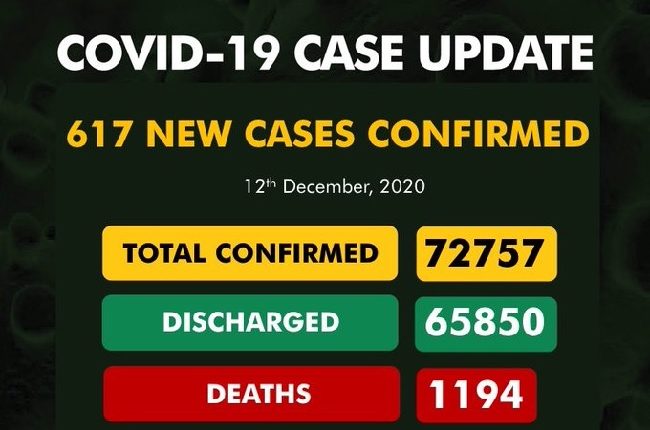 The Nigeria Centre for Disease Control (NCDC) has recorded 617 new cases of COVID-19, bringing the total number of infections in the country to 72,757.

If those who instigated civil war were pardoned, why not pardon bandits, Sheik Gumi…

After six days, northerners return to South for commerce