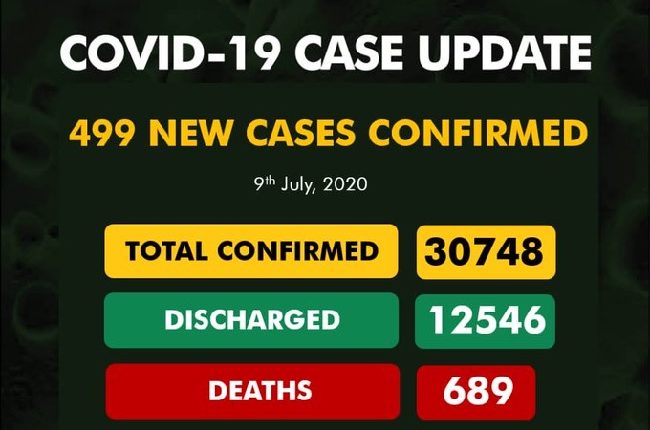 Nigeria has recorded 499 new cases of coronavirus, bringing the total number of infections in the country to 30,748.

The Nigeria Centre for Disease Control (NCDC) made this known via its Twitter handle on Thursday.

Musician Ike shoots video for Back It Up