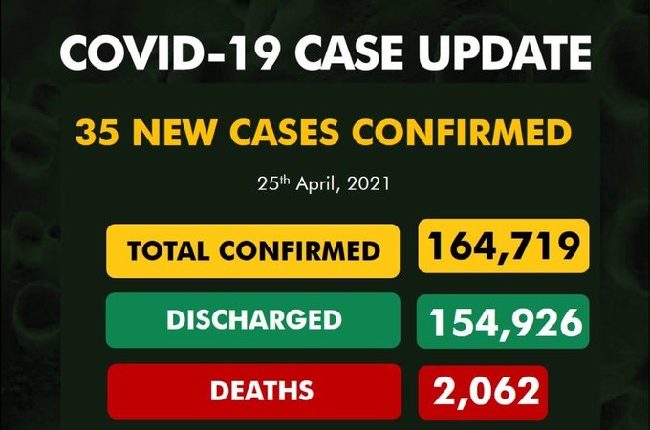 The Nigeria Centre for Disease Control (NCDC) has recorded 35 new cases of COVID-19, bringing the total number of infections in the country to 164,719.

‘Why governments must adopt digitisation’

Central banking as a printing business