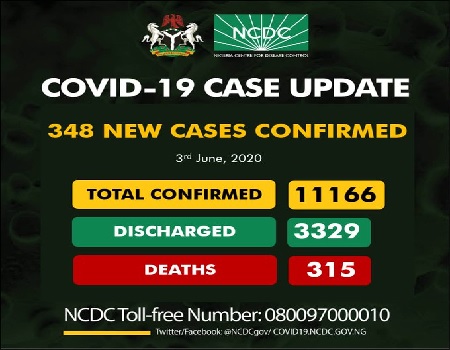 Nigeria’s tally of confirmed COVID-19 cases on Wednesday rose to 11,166 as 348 new infections were announced by the Nigeria Centre for Disease Control (NCDC).

Gbajabiamila denies letter on extension of year of service for Clerk of NASS, other staff