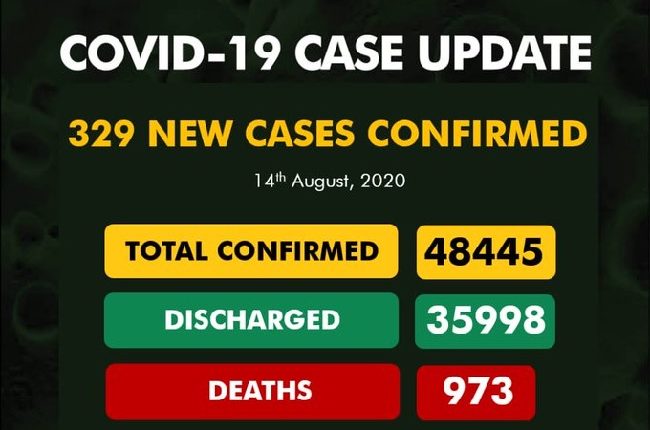 The Nigeria Centre for Disease Control (NCDC) has confirmed 329 new cases of COVID-19 in the country.

The agency made this known via its verified Twitter handle @NCDCgov on Friday.

“Our discharges today include 1,325 community recoveries over the last two weeks reported from Lagos State in line with new case management guidelines,” the NCDC said.