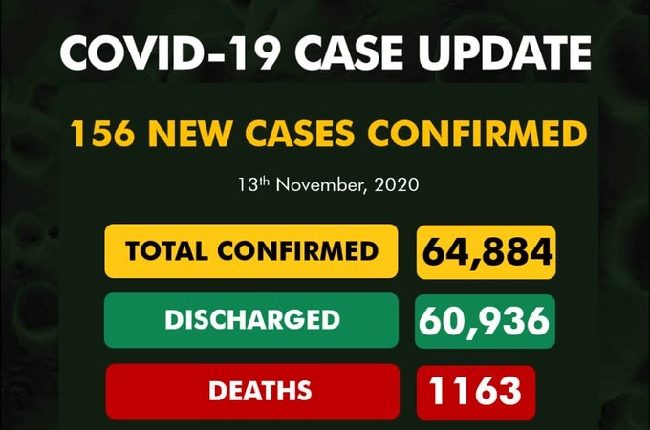 The Nigeria Centre for Disease Control (NCDC) announced that the country has recorded 156 new cases of COVID-19, bringing the total number of infections in Nigeria to 64,884.

[OPINION] Artificial Intelligence and its failed neo-colonial agenda in Nigeria

Okebukola’s age record with us not falsified ― LASU