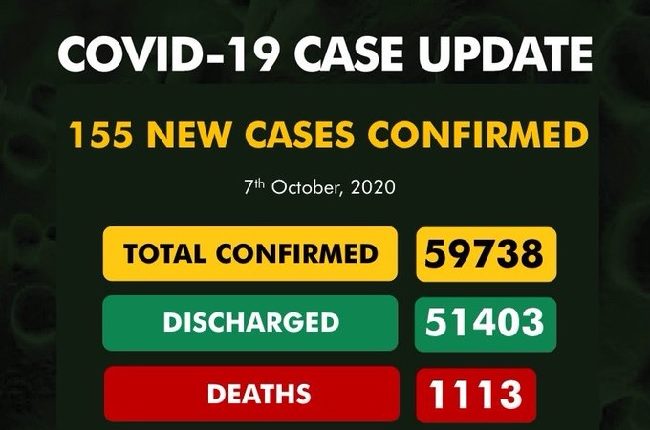 The Nigeria Centre for Disease Control (NCDC) says COVID-19 cases in Nigeria has increased by 155, with total infections now 59,738.

The NCDC made this known on its official twitter handle on Wednesday.

Ondo 2020: Akeredolu is a good brand to market ― Buhari